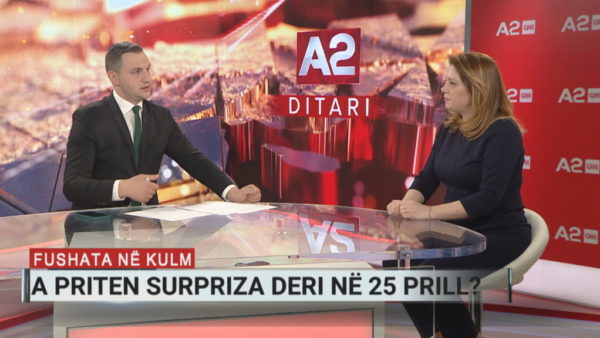 The Democratic Party candidate for the April 25th elections, Oriola Pampuri, declared that the accusations launched against the opposition for the situation created at Tirana’s International Airport are maneuvers to cover the abuses with Albcontrol.

Today’s guest on “Ditari”, on A2 CNN, Pampuri said that the government’s accusations against the opposition for trying to block the arrival of the vaccines are unfounded, and this is done to cover other events in Rinas.

“Seeing the exemplary campaign of our party, with the DP leader being welcomed everywhere with enthusiasm, these accusations are unfounded. We have insisted to obtain vaccines for the citizens. This is a maneuver to cover the abuses that have taken place with Albcontrol so far. We have accused Balluku of things that have taken place in Rinas that were covered when they were done by Socialist Party exponents”, Pampuri declared.

According to Pampuri, this matter could have been resolved months ago, but it took place at the peak of the campaign to show that Rama has no program, that’s why he creates such issues.