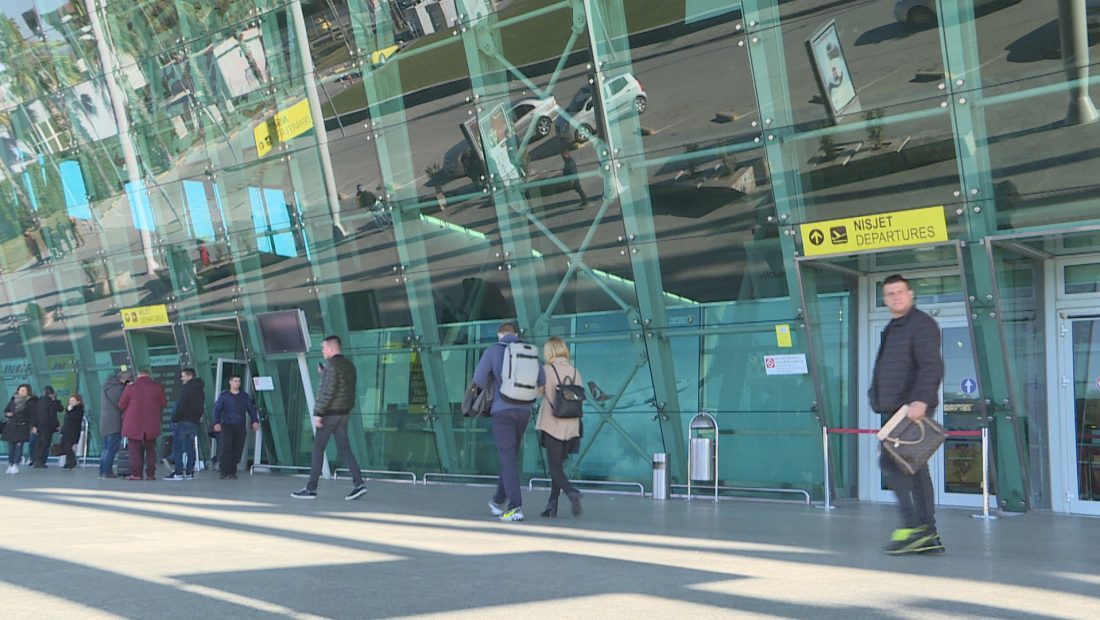 A strike held by air controllers has escalated the interruption of flights at the Tirana International Airport.

From 09:23 to 09:55 it was impossible for airplanes to land or take off Albania’s main airport. This has created a direct impact to the Athens-Tirana flight, which turned back, and the Istanbul –Tirana flight, which stayed for 40 minutes in the air.

68 workers from the Albcontrol company, which manages the flight organization, have issued a declaration that they are unable to work temporarily after some of their colleagues were let go. Air controllers, one of the highest-paid professions in the world, with the highest amount of stress, had their salaries cut by 20%.

They demand new contracts and transparency with funds, access in the decision-making process, and the return of their colleagues.

The Ministry of Infrastructure announced yesterday to hold a press release regarding this matter, but the negotiations failed.

The Albanian Prime Minister, Edi Rama, reacted to the strike by posting on social networks. Rama said that the organizers of this strike will be criminally prosecuted, and those who inspired this strike (referring to former PM Sali Berisha and  President Ilir Meta) want airports to be closed in order to stop the arrival of the vaccines.

“The organizers will be facing the law, which strictly bans the interruption of work. The rest of them must decide immediately: they are either with the state or with the antistate forces in a criminal process that damages the national security”, Rama declared.

“The sabotage of the Mother Theresa Airport will not be tolerated. Those who inspired this delirium, Sali Berisha who throws digital stones, and Ilir Meta, who throws the “weak man” stone and then hides his hand, want the airports closed to stop the arrival of the vaccines”, Rama declared.

The negotiations between the Ministry of Infrastructure with the Albcontorl staff have failed, causing all flights to be canceled in Rinas.

Minister of Infrastructure: Albcontrol has a monopoly, and as such, it is illegal for them to interrupt a vital service to the entire country

The Albanian Minister of infrastructure and energy, Belinda Balluku, declared that the protest started after the workers of Albcontrol had their revenues reduced, due to the fact that the flights in 2020 were reduced by 57% after the pandemic.

“Albcontrol has no financial connection with the Albanian government. Some of the salaries reach 4400 USD. Due to the lower number of flights their salaries were reduced to 2400 USD. The company has no funds to pay their salaries. They must be aware that the air traffic is only 43% right now. But controllers want their money and their usual lifestyle. If they don’t get paid with 4000 USD, they feel stressed and are unable to work”, Balluku declared.

She added that Albcontrol is the only company that offers this service in Albania. In the conditions of the monopoly, their strike is illegal, because it cannot obstruct services of vital importance.

“The country cannot be withheld by some persons who feel stressed because they are being paid 2490 USD and not 4400 USD”, Balluku declared. “I am here to tell them that this is no game. We are forced to take legal measures, which will not be good for anyone”, Balluku declared.

“I am very concerned about the situation that is taking place with the interruption of the air flights due to the reaction of the Independent Union of Air Control, who have failed to reach an agreement with the government and the leaders of Albcontrol. The interruption of their work is no solution. The national security in Albania is a matter of national security”, Meta commented on the strike held by the workers of Albcontrol in the Rinas airport.

The President added that he has made public and official warnings to all government institutions to take measures and bring a solution to this matter. “Ignoring their demands is not fair”, meta declared.

Basha: Rama must immediately interrupt the Airport strike. He is the only responsible

The Democratic Party leader, Lulzim Basha, reacted to the strike held by the Albcontrol workers in Rinas. Basha said that the Albanian Prime Minister is the only one responsible for this issue and that he demands a solution from him.

“I appeal to the Albanian PM, Edi Rama, to interrupt the strike immediately and stop his threats against the Albanian citizens who want to bring change and hope after eight years of failures”, Basha declared.

Albcontrol employees: We are not politically motivated

A group of air control employees, members of Albcontol, said that they did not start the strike due to political interests.

“We are not abandoning our job. This is not a political matter. We are not interested in being involved with the daily politics”, declared Rezart Thupi, legal representative of the air control workers.

He admitted that the working hours were reduced due to the lack of flights. He added that the average salary is not 4000 USD, as Minister Balluku declared, but less than 2000.

“The work agreement is fair and it cannot be damaged unilaterally. The agreement was violated unilaterally. We demand the respecting of the contract with the salaries as specified. By changing the working hours controllers become detached from their profession. Leaving work for a long time causes partial incapability and difficulties to reintegrate. This increases the risk for a lower quality of work”, Thupi declared.

Armored vehicles from the Military Police were positioned at the “Mother Theresa” Airport to secure the Albcontrol building.

All flights were suspended until Wednesday, 10:00, due to a strike started by Air Traffic Controllers.

The negotiations between the Ministry of Infrastructure and the representatives of the Air Control staff have failed, making them suspend their work until April 8th.

Although it was requested that their situation should not be politicized, the Albanian Prime Minister and President Ilir Meta launched mutual accusations, blaming each other for the situation.

Minister Balluku declared that this move is all part of the electoral campaign and to block the vaccines which were supposed to arrive today in Rinas.