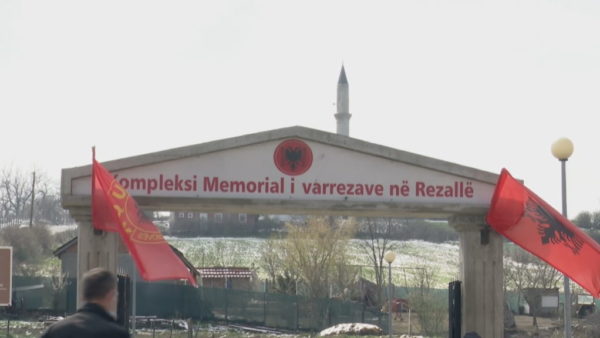 The President of Kosovo, Vjosa Osmani, demanded justice for the Rezalla Massacre.

In the commemoration of the macabre killing of 89  Albanians by the Serbian Army, the Kosovo Head of State declared that this event is ongoing pain, a historical reminder of the sacrifices made by Kosovo Albanians for freedom.

“We will not stop demanding justice for our people. Their life was taken away just because they were Albanians. Freedom and peace make sense only when those responsible are brought to justice”, Osmani declared.

The victims of this massacre were commemorated by PM Albin Kurti. He wrote on social media that the remains found last year in the mass grave near Kizhevak, Serbia, belong to the Kosovo War victims.

“We remain dedicated to continuing our work, by prioritizing the missing persons, a better legal and institutional treatment of their families. We will work hard to bring justice”, Kurti declared.

The Parliament Speaker, Glauk KOnjufca, traveled to Rezalla for homage.