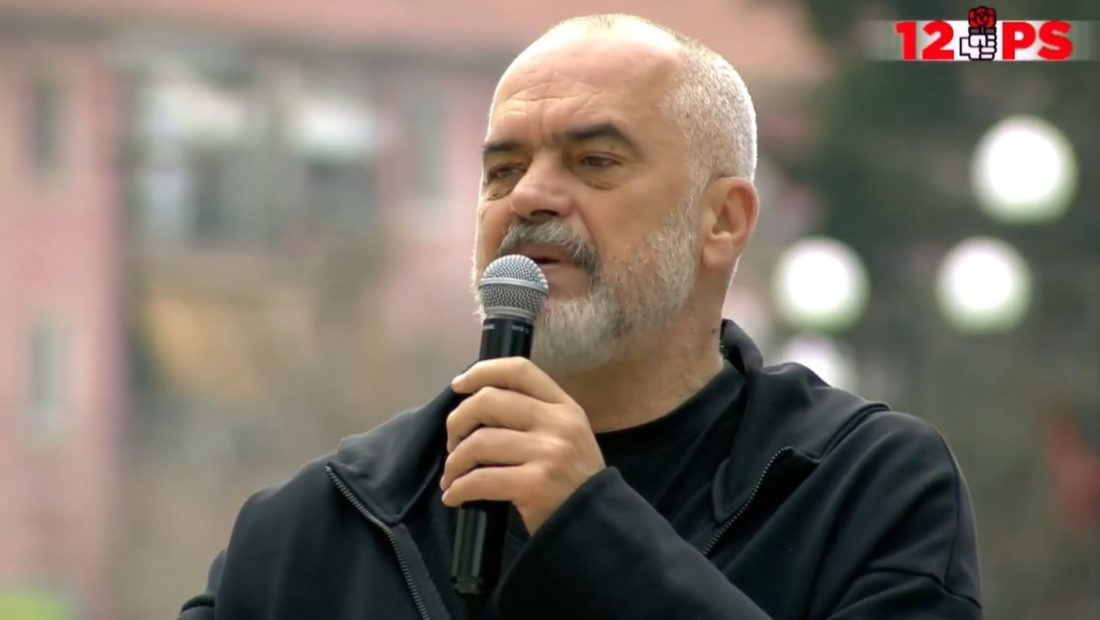 The Albanian Prime Minister, Edi Rama, declared in an electoral meeting in Bilisht, Korça, that lbania was only one of two Western Balkan countries that is carrying out mass vaccination, so that things can be easier for the tourist season.

“We have guaranteed the massive vaccination. This process wasn’t easy in our region, which was left out of the EU vaccination scheme. It wasn’t easy and it remains easy for many other countries in the region. We are only one of the two Western Balkan countries that have started mass vaccination”, Rama declared.

“This is our ethics, our approach to a problem that we need to resolve. This is for the salvation of Albanians, despite their affiliations. Every life is valuable for this country”, the PM added.

He criticized once again the meetings of the Democratic Party, where anti-Covid measures are not being respected.

“Senseless show amid a war that has characterized our second term”, Rama declared. “We didn’t have a literal term. Against our will, we entered a war with two fronts: a catastrophic earthquake and a war with an invisible enemy. It is not possible to have mass vaccination in one side, and the creation of infection sources on the other, just for votes”.