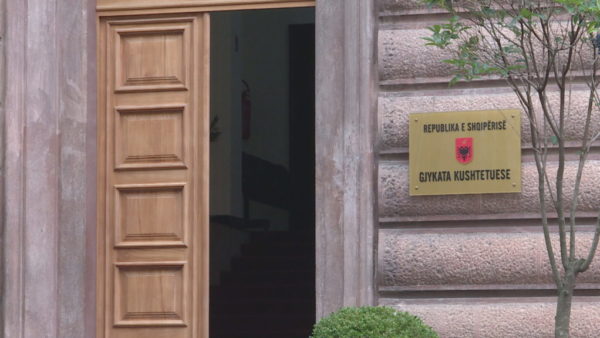 The Constitutional Court has postponed hot political cases after the elections.

In early 2021, Constitutional Court judges announced that they would examine cases not only by the time they were submitted but also by the social sensitivity they carry.

One of these cases is the one filed by the Association of Municipalities against the local elections of June 30th, 2019, which were boycotted by the opposition and considered illegal.

Besnik Muci, the former member of the Constitutional Court, thinks that the judiciary should adjudicate them despite the current political situation.

“The Constitutional Court should have ruled without taking into account the political developments”, Muci said.

Another important case is the lawsuit filed by the president against the government’s decision to demolish the national theater. There are many actors who protested against the demolition and who are looking forward to a verdict.

It seems that the Constitutional Court doesn’t want to issue rulings that could affect the elections.

The President of Albania raised questions about the political influence in the Constitutional Court. A few months ago he decreed Besnik Muci for this Court.

“It is normal for the President to interfere with matters that create so much interest. He must interfere and express his opinion”, Muci declared.

However, the seven members have silently chosen to stay away from decisions that could affect the Parliamentary elections.