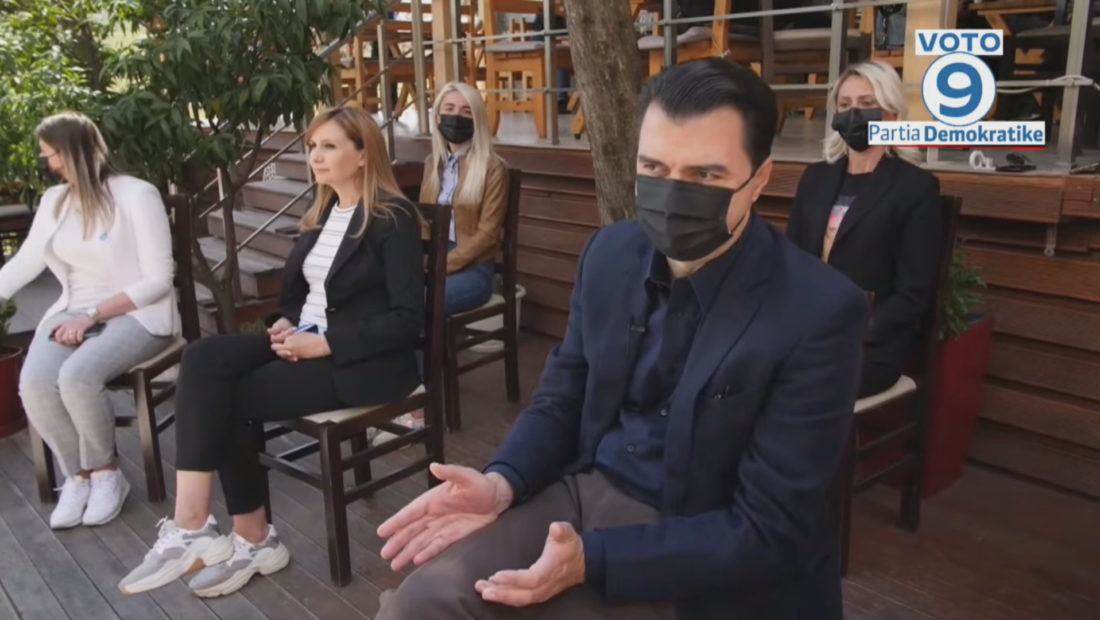 In a meeting with women in Tirana’s Municipal Unit 3, the Democratic Party leader, Lulzim Basha, invited the public administration to vote for change. According to him, this will be the only way for the government to serve citizens without political influences. His meeting continued with pensioners and business owners, to whom he promised financial support.

“The public administration has been degraded and degenerated at an unimaginable point. I know that there are many people in the public administration who want to serve to the people. But it is impossible under this Prime Minister, under this government. We appeal them that April 25th is the day to leave behind the shackles that are keeping their heads down, that are forcing them to ignore their own ethics and moral, so that they can keep their jobs and keep feeding their families”, Basha declared.

“All of those who want to serve with dignity, who have the abilities, the preparation and the dedication to implement the law and to serve the citizens, they will be liberated on April 25th by voting for the Democratic Party. I would tell the same thing to the young boys and girls, who said they have received three diplomas. I met a girl who had to diplomas and she was standing at the door of an empty shop in the center of Lezha. Albania doesn’t have the luxury to leave you unemployed. This is why the priority of the recruiting in the public administration will be to bring our sons and daughters who want to serve their country by implementing the law”, the Democratic Party leader declared.

“This is how we will be able to achieve one more criteria to get closer to Europe. You know that the only guarantee to improve the quality of life is to join the EU. And one of the main criteria is to have a professional public administration”, the opposition leader added.