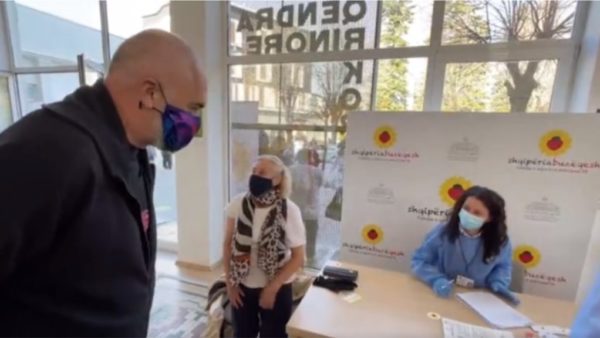 The Albanian Prime Minsiter, Edi Rama, and accompanied by the Health Minister, Ogerta Manastirliu, followed the vaccination process in Korca.

Manastirliu declared that more than 150,000 senior citizens have received the vaccine so far, while the process is undergoing throughout the entire country.

“We vaccinated more than 206,000 people so far. Pfizer announced that they will bring 22,000 doses by April 20th”, Manastirliu declared.

Rama commented to the accusations that the Chinese vaccines have caused deaths. The government leader declared that the vaccine doesn’t protect you from other diseases, because it is not a magical pill.

“The vaccine does not cause deaths. This has been confirmed everywhere. There was a lot of controversy about AstraZeneca, but it is being administered everywhere”, Rama declared.