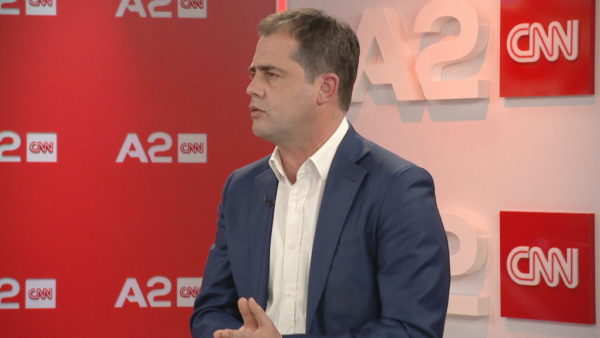 The Democratic Party candidate for the April 25th elections, Oerd Bylykbashi, was today’s guest on “Ditari”. He declared that the Arbitration Court ruling in favor of Becchetti’s company, forcing the Albanian government to pay him 110 million EUR, is an electoral bomb. According to him, Rama should have given up the electoral campaign after this ruling that will turn into a burden for the Albanian taxpayers.

Bylykbashi underlines that the 100 million EUR should be paid from the state budget. If this doesn’t happen, Becchetti would be able to seize public assets.

The Democratic Party representative for the District of Durres said that Rama has chosen to use numbers instead of names on the ballot paper in order to hide the names of criminals who are running for his party.

“He did all of this to make coalitions disappear. The truth is that no one wants to join Rama. He made the coalition lists shorter and hid the names after numbers”, Bylykbashi declared.

For him, the Albanian people have lost the Constitutional right to select the name of the candidate from the list. “This was stolen by Rama with the judges that passed the selective vetting. Even the Commissioner decided to put names on the list, as the public wanted it, as the European standard wanted it.  But the Commission of Complaints ruled in favor of Rama, together with the Electoral College. This is an effort to increase control on his own lists, which are full of corrupted criminals. And these names are hiding behind numbers. He wants to make them equal to the others. The lists of the Democratic Party cannot be equalized with criminals”, Bylykbashi declared.

Bylykbashi appealed to citizens to vote in masses and vote the Democratic Party with its coalition against Rama, which, according to him, wants to keep impoverishing Albanians for four more years.