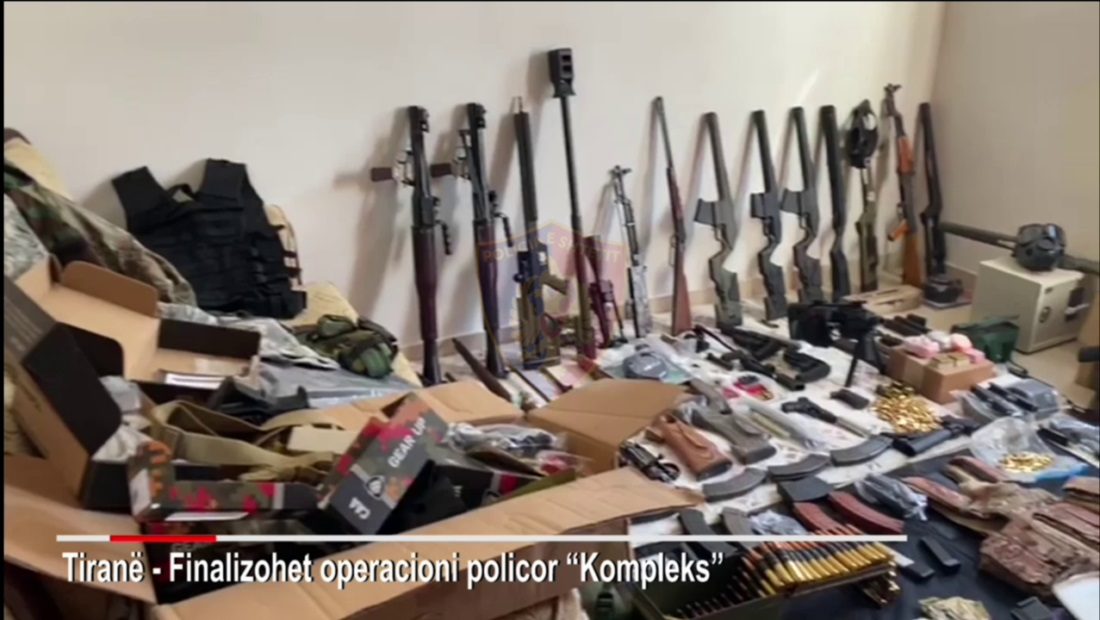 One day after the police seized 18 warehouse buildings that were being used for modifying weapons,  Enver Jamaku, a justice collaborator, confessed how he met with Gjergj Cukali, arrested for putting an explosive charge to Gjon Mena, in Kamza.

According to him, the first contacts were made through a third person, when Cukali had ordered the purchase of an AK-47. But the first meeting was made at the funeral of Nehat Kulla, June 2020.

Acording to Jamaku, Cukali had ordered two handguns with silencers and 15 bullets. After obtaining them, Jamaku had sold the guns to Gjergj Cukali. Enver Jamaku said for the Prosecution that Cukali’s names was registered as “Lashi” in Whatsapp, a nickname used by his friends.

The justice collaborator declared that in November 2020, Gjergj Cukali had ordered another AK-47, which he had received in December. This is when they ordered the explosive in Kamza, which left Gjon Mema wounded.

Jamaku’s testimony has put Cukali in a very difficult situation. After the testimony, the Renea police forces raided 18 bases that were used for modifying different weapons, including snipers, grenades, rifles and heavy equipment. The group was composed of dozens mechanics who produced artisanal silencers and remotely controlled explosives.