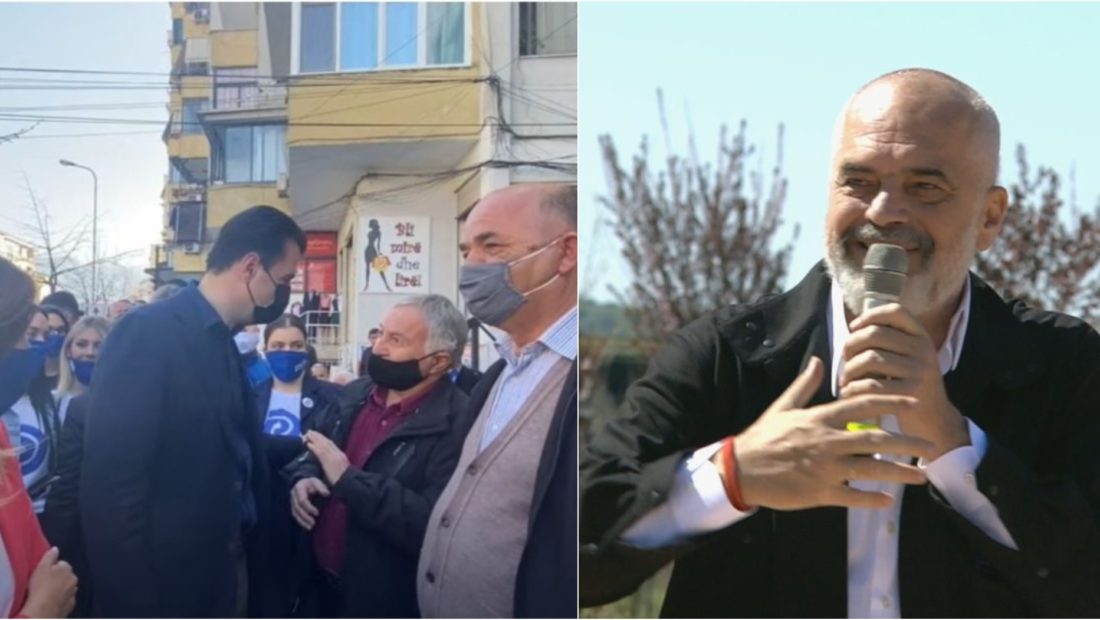 The Democratic Party declared that Basha was enthusiastic by the receptionof the citizens. He stated that the wind of change can be felt from Shkoder to Vlora.

“The April 25th vote will bring change to all of Tirana. April 26th will be the birthday of every Albanian. The first thing will be an assistance package for small business. Everywhere I go, from Shkoder to Vlora, you can feel the wind of change”, basha declared.

One of the citizens asked Basha to not promise anything that he cannot keep during this campaign. Basha responded that these are not promises, but commitments drafted by specialists for a long time.

Rama: How can you trust the country’s future to a puppet

The Albanian Prime Minister, Edi Rama, declared that his rival, Lulzim Basha, does not deserve to lead the country.

Ina  meeting with farmers in Rrogozhina, Rama said that Basha is “A puppet that only smiles, without the courage to say a single word. The man who manages him, Sali Berisha, appeals people to stop taking vaccines. If one us would say this he would be out”, Rama declared.

The Prime Minister added: “If you want to stop the vaccination process, go and vote them. Berisha says that vaccines are killing people. The other doctor, Vasili, has been telling people the contrary of what he actually should say. All they do is try to instill anguish, uncertainty and doubts in the hearts of the people”, Rama declared.