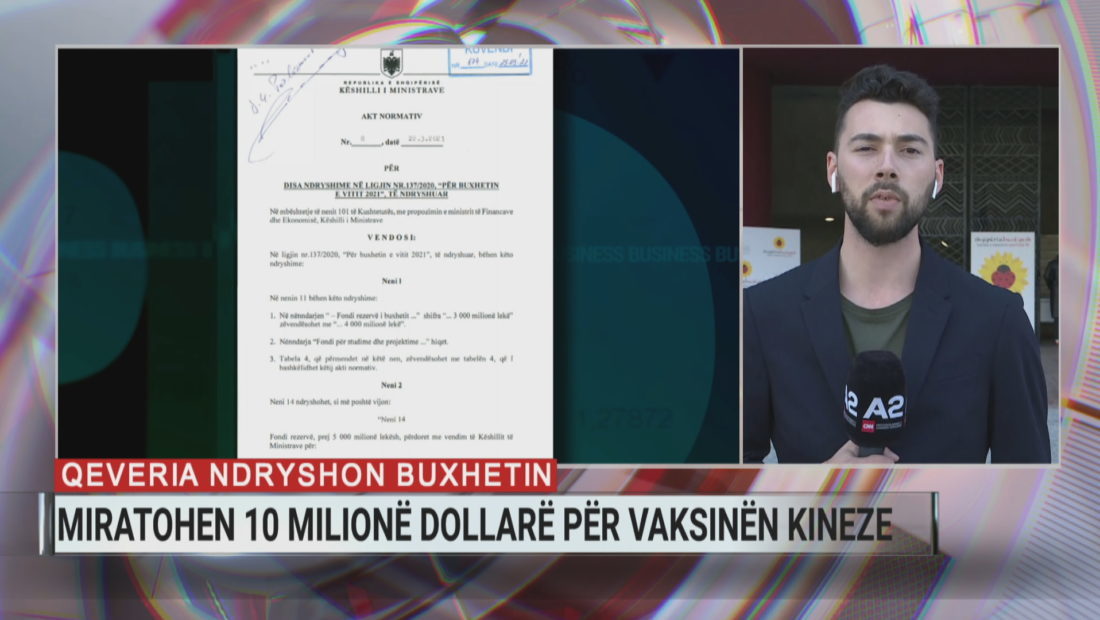 The government of Albania has approved the €10 mln payment for the purchase of the Chinese vaccine, which is being currently used for mass vaccination.

The 1 billion ALL fund for the vaccine was removed from the program for studies and projections.

The document, which enters into force immediately and is subsequently approved by the Parliament, also reveals that it was a Turkish medical company which showed interest in supplying Albania with the Chinese vaccines.

The Turkish distributor will be paid by the Public Health Institution.

This is the second amend made to the budget this year. The first one was made in early February, to cover the cost of the elections.