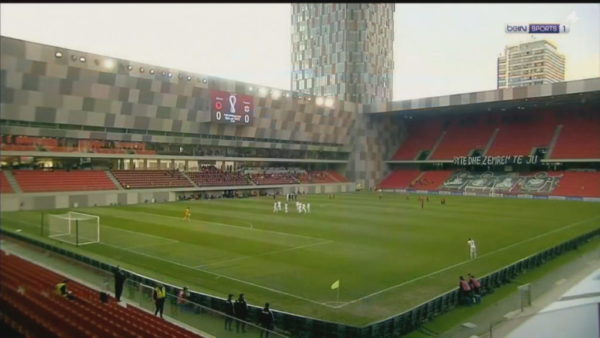 Albania’s match with England was followed by anger regarding UEFA’s unacceptable decision to interfere with the choreography of the Albanian fans by removing the image of the Kosovan hero, Adem Jashari.

The image that was published by the National Team fan group, a few hours before the match, showed the choreography that was confirmed by UEFA, security staff and police. The choreography included some of the historical personalities Albania takes pride on, including Skanderbeg, Pirro of Epirus,  Ded Gjo Luli, Adem Jashari and Alexander the Great.

However, when the teams entered the stadium, the image of Adem Jashari was removed by order of the UEFA officials. The “Red and Black” fan group reacted, expressing their indignation.

“Although we weren’t at the stadium floor, what happened yesterday was an ugly event. The wars are over and we are at peace, but it seems that the Serbian lobby has worked hard within the UEFA to remove the man that terrified them. Adem Jashari is still alive within us. He will be present in every match, in every stadium”, said the reaction of the organized fan group of Albania.