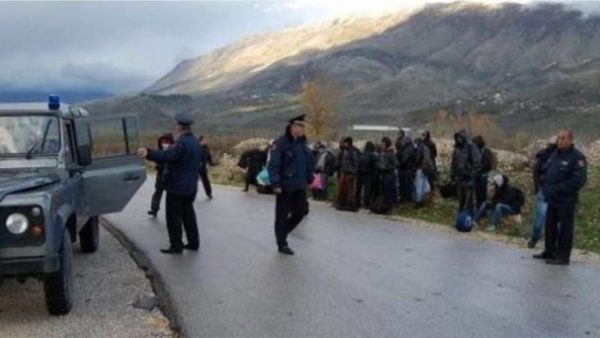 Illegal immigration, mostly from the Middle East, with clandestine using Albania as a transitory country to the EU, is going on even with the border closed by the pandemic.

The Albanian Police have arrested a 28-year-old man from Gramsh. He was caught transporting five illegal immigrants and did not obey the order of the police to stop.

The suspect was detained at the Bilisht-Korça area, near the Cangonj village. Inside his vehicle, there were five foreign citizens who had crossed the border illegally.

After told by the police to stop, the 28-year-old resisted and tried to leave the scene. He was stopped after a short chase and neutralized.