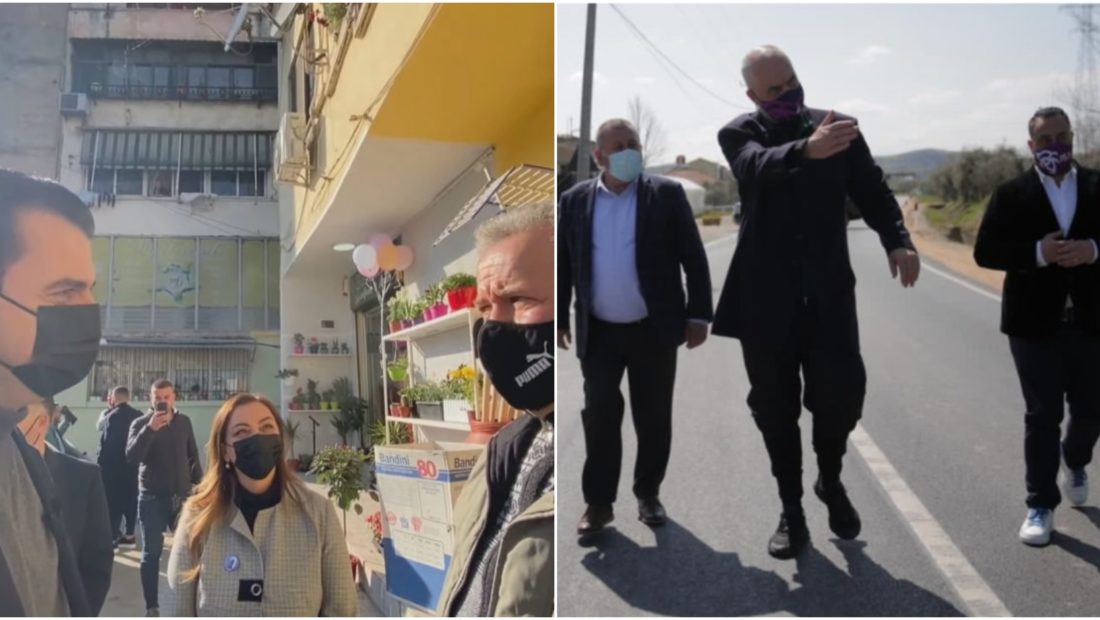 The opposition leader said that the economic and social situation in this area is very difficult, while businesses risk bankruptcy.

Basha underlined that the situation will change on April 25th. He asked everyone to contribute for this change and vote his party on April 25th.

The Albanian Prime Minister, Edi Rama, visited the town of Kruja where he declared that the challenge for the third term will be having tap water 24/7. He mentioned the Kruja aqueduct as an example. To prove the safety of the water, Rama and Minister Milva Ekonomi filled a water from the tap and drank for it. They did not think about not drinking from the same bottle.

Besides Kruja, Rama visited Shijak, where teachers are undergoing the vaccination process. He announced that vaccines will be administered for citizens over 70 starting tomorrow. Rama was accompanied by the Albanian Health Minister, Ogerta Manastirliu.