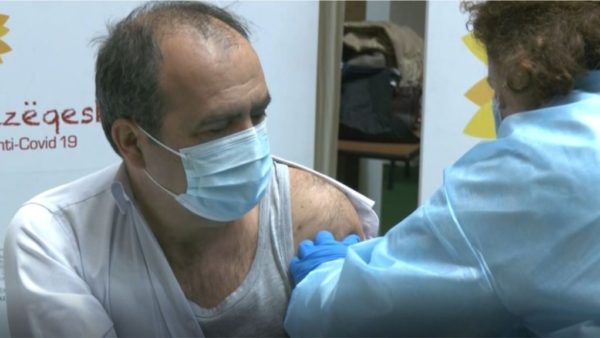 This Saturday, 208 doctors from Kosovo arrived in the town of Kukes to receive their vaccines from Albania.

There have been no complaints so far from the other doctors who received the AstraZeneca vaccine last week.

When asked whether Rama would keep the promise for vaccinating 11,000 doctors while Kosovo waits for the first Covax doses, Syla said he hopes that the two ministries will cooperate, as Kosovo needs the 11,000 vaccines promised by Rama.

Same as last week, the vaccination process went smoothly. The doctors declared that their colleagues have not confirmed any issues with side effects. They said that even if Kosovo receives the vaccines, they will be back in Kukes for the second dose.

292 health professionals from Kosovo were vaccinated last week at the town of Kukes.