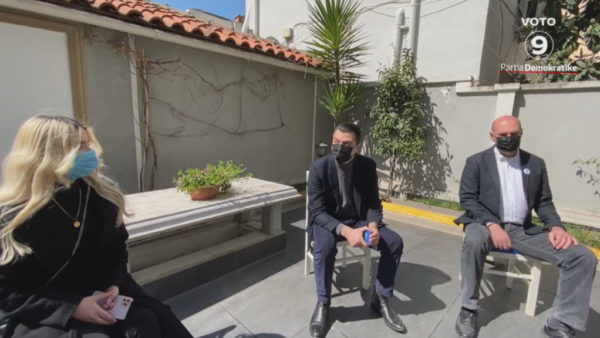 The Democratic Party leader, Lulzim Basha, met today with young party members. He declared that he will not spare anything in these 30 days of the campaign.

Basha heard the concerns of citizens, who complained of the government abandoning them in a time of the pandemic.

The reduced consumption, the people leaving Albania, the economic issues and problems with former land owners were some of the matters raised by the citizens. The Democratic Party leader promised to bring change among the small businesses in Albania.

“This is a battle for change. This is not for replacing one government with another. This change will come with Albania’s European path. This change will give young Albanians a European opportunity for education. This means that Albania will have universities of European quality, exchange programs that will allow the best ones to study in European universities. The only thing needed for this final step will be having a government that takes care of you, that makes your path easier”, Basha declared.

“This is the main mission of the government that will come out of the April 25th elections. The main message that I have for you today is that I want to distribute this everywhere. So that no one will be left out. No young Albanians should see hope in leaving the country. Albania has the extraordinary possibility to accommodate you and make you proud”, Basha declared.