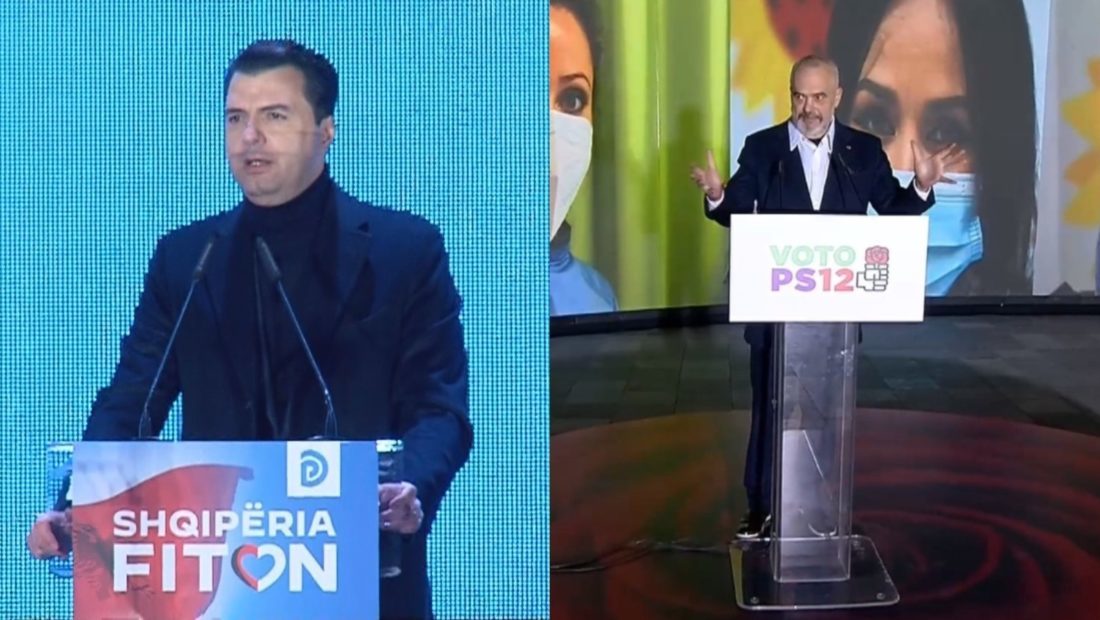 The main parties in Albania held a ceremony today marking the starting of the electoral campaign for the April 25th elections.

More than 1000 police officers were on the two main squares of Tirana, as the parties held the meeting at the same time.

The Albanian Prime Minister, Edi Rama, declared that even with the opening of the campaigns the Socialist Party made a big difference. He was referring to the way how the ceremonies were organized and the respecting of the COVID-19 social distancing rules.

“Even tonight we made a big difference. The people had two different images today. That image was enough to tell the huge gap that separates us, in relationship with the people and the state. Over here there is the respect for the rule of law, rules that we have made together and we have accepted together. The other side showed no respect for the state, for the law, for the rules and for the people. You can see civic, human and family responsibility here, while over there irresponsibility prevails”, Rama declared.

On the other camp, the Democratic Party leader, Lulzim Basha, called on the people to help him bring change.

“Our unity is for change. This is the victory of Albania and every Albanian. We are the team of victory and change”.

Basha told the attendants that April 25th would start a new page for the country, development, employment and welfare, bringing Albania’s transition to an end.

“31 days are left before we embark together on the path of change. We have taken a very important decision. Let’s end the transition and let’s start a new page of Albania’s modern history. Let us  allow the best and the most honest to lead the country’s fate. Albania is in need, more than ever, for work, honor and radical change”, Basha declared, adding that first of all they must stop the country’s poverty and depopulation, but stopping those who steal the wealth and kill hope.