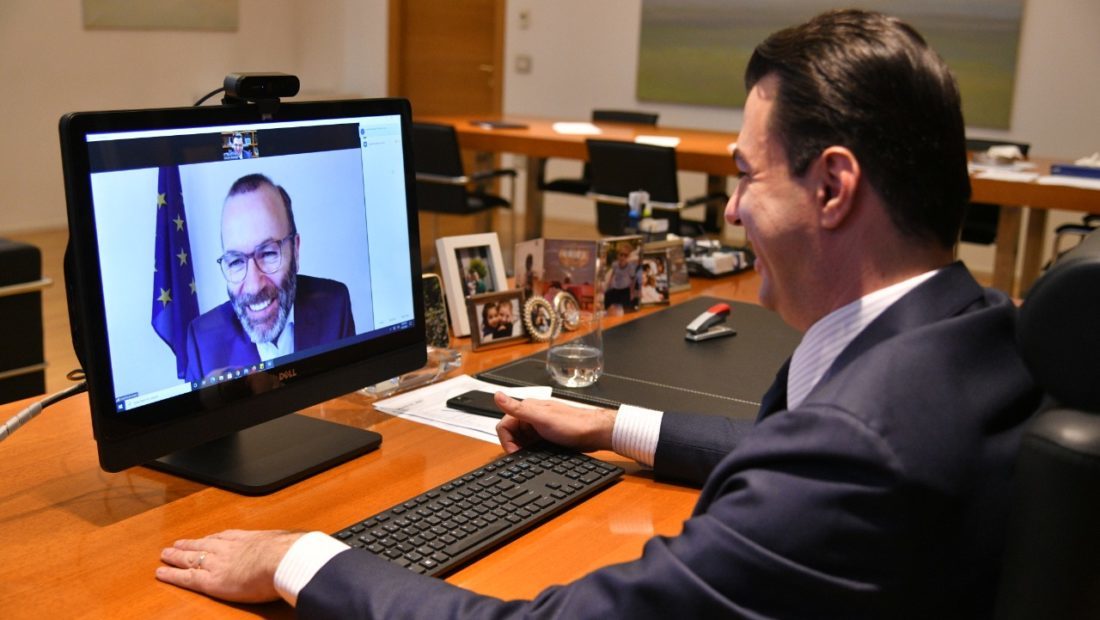 Basha’s conversation today was with the Chairman of the European Popular Parties at the European Parliament, Manfred Weber. The meeting focused on the main topics and concerns of the Albanian opposition during the electoral campaign.

Basha underlined that for Albanians, the most pressing issues for the moment are the bad economic situation, the high cost of living, unemployment, and emigration.

EPP Chairman, Manfred Weber, noted that the April 25th elections are vital for Albania’s European future and its integration in the EU.