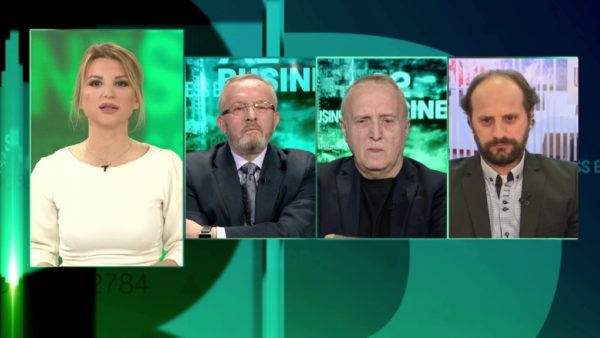 The electoral campaign is on, together with the party’s promises. The Albanian Prime Minister has promised 24/7 running water if he wins a third term; local airports and more roads.

But why weren’t these things built in eight years, and what are the issues that these sectors are having today? Why are Albanians having less tap water than others, despite having more water resources? Why are flight prices so expensive? Why roads have problems in a large part of the territory? This is the topic of tonight’s “A2 Business”.

Economic expert Bardhi Sejdarasi declared that the water infrastructure needs deep reform and a single party cannot change the situation. For Sejdarasi, the issues start with the lack of proper regulators. “We have a National Water Regulation Office and National Committee of Aqueducts, but we don’t know what they actually do”, Sejdarasi declared.

To him, water reform is very complex. It needs all political actors and cannot be done by a single institution or a single party.

“The reform should start with the Water Regulation Entity. Without a comprehensive reform it may take another 30 years to have 24/7 running water”, Sejdarasi declared.

Agron Haxhimali, Executive Director of the Association of Local Governments said for A2 business that the water issue can be resolved only with a deep reform.

“The Prime Minister confuses reforms with real action. Five years ago he built a reform that entered in effect through a government decision. But that only reorganized the enterprises owned by local governments and today we have 57 of them. The other part of the work was about cutting illegal water connections. The rest was just propaganda. The aqueducts can only resolve this situation with deep reforms. When the Prime Minister makes promises about aqueducts, he looks like a Mayor. He should decide whether he will deal with local issues or with a bigger picture”, Haxhimali declared.

Besides the Tirana International Airport, the Albanian Prime Minister promises that Albania will also have the Kukes Airport, the Vlora Airport, and the Saranda Airport.

Feliks Baci, the aerial flight expert, said on A2 business that the Prime Minister cannot promise the construction of new airports. But there is a national plan for an integrated system of airports within the territory of Albania.

“I was skeptical at first, but it is doable. There is no room for skepticism in increasing the aviation infrastructure”, Baci declared.

Dritan Goxhaj, the aerial transportation expert, declared that the Vlora and Saranda airports, so close to each other, are not really necessary.

“An airport should cover 100,000 to 1,000,000 residents. Albania has three million residents. Three airports are more than enough. We don’t need 4-5, especially too close to each other. I am not against an airport in Vlora, but making another one in Saranda would negatively affect the Vlora one”, Goxhaj declared.

“If the government has decided to build airports, they must offer a guarantee to compensate companies for the missing earnings. If this happens, there is no benefit in building these airports”, Goxhaj declared.