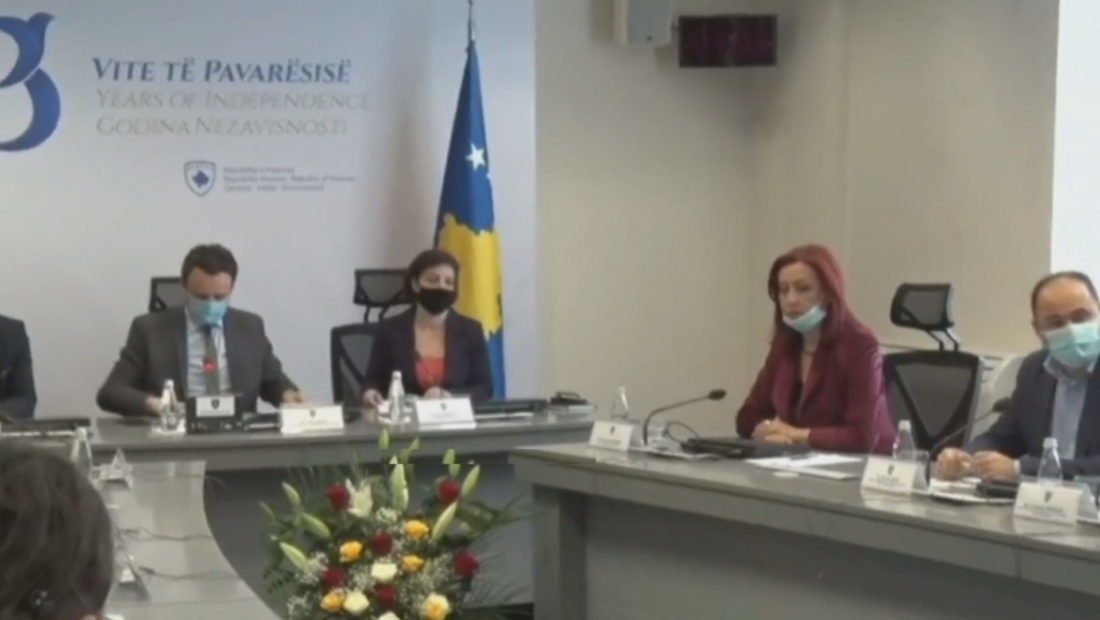 The management of the pandemic and the economic recovery were the main challenges laid out in the first meeting of the Kosovo government led by Albin Kurti.

After the ceremonial meeting, Kurti said that urgent measures are needed to reduce the number of infections, to stop deaths and economic recession.

Even after the first speech in the Parliament, after his government was approved with 67 votes in favor and 30 against, Kurti declared that the pandemic remained the main challenge as Kosovo remains the only country in Western Balkans without a vaccination campaign.

The goal for Kurti’s government will be to vaccinate 60% of the population by the end of the year. Other priorities listed were reforms in education, employment, and vetting of the judiciary.

As regards the dialogue with Serbia, Kurti said he would work to resolve the issues of missing persons and assured that there will be no reconciliation without the recognition of Kosovo’s independence.

Kurti formed his government with non-Serbian minorities, without including the Serbian List. Five out of fifteen ministers will be women.

Albin Kurti has officially taken his duty as Prime Minister of Kosovo today, replacing his predecessor Avdullah Hoti, who was also present in the inauguration ceremony.

The EU Commissioner for Enlargement, Oliver Varhelyi, was among the first European officials  to congratulate Kurti for the new government.

“Congratulations to the new Parliament and to Prime Minister Albin Kurti and his government. I look forward to working with you on taking forward the reforms on the EU path and continuing the fight against COVID0-10. Dialogue with Belgrade on normalisation of relations remains key”, Varhelyi declared.

The US Ambassador to Kosovo, Philip Kosnett, also congratulated Kurti for his role as Prime Minister.

“Congratulations to Kosovo PM  and the new government. We look forward to working together to build a future of peace, justice, and prosperity for all of Kosovo’s citizens – and, most urgently, to defeat COVID-19”, Kosnett declared.