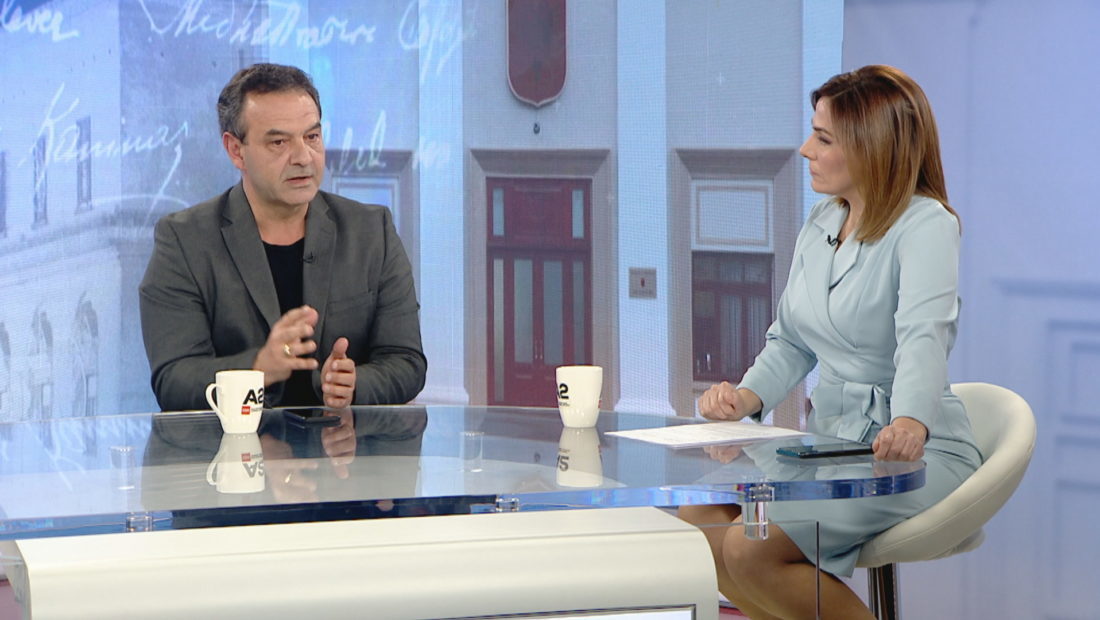 Dialogue with Serbia, Egro: Kurti must prepare quickly and unequivocally

Journalist Franko Egro, today’s guest on “Absolu 4”, hosted by Merita Haklaj on A2 News, declared that the new Prime Minister of Kosovo, Albin Kurti, must prepare quickly and unequivocally for the dialogue with Serbia, which should be a priority.

“What remains to be seen is the type of intervention that USA will make regarding the dialogue with Serbia. Kurti knows that the dialogue is important. On the night of the victory he considered it as priority no.6 or no.7. On the other hand, he knows that he must prepare quickly and unequivocally for this dialogue. It must be a priority.  Kurti should not be isolated and left alone. This is an essential issue and I think that the opposition must have its role”, Egro declared.

According to Egro, what Albin Kurti showed was the epilogue of the way how the campaign was conducted.

“The Self-Determination Movement managed to understand and harmonize the desires of the public opinion with what they represent. What caught my attention in his speech was the humble way of manifesting his victory. He is a Prime Minister now, free to do what he has promised. We have to wait and see how Kurti will govern Kosovo”, Egro declared.

Nurellari: Irresponsible for Kurti for not mentioning dialogue with Serbia in his government program

Analyst Adri Nurellai considered it irresponsibility on behalf of the Prime Minister of Kosovo, Albin Kurti, that he hasn’t mentioned the dialogue with Serbia in his government program.

“Kurti will be facing the challenges of a Prime Minister. Dialogue with Serbia is among the most important ones. This is where I see the hypocrisy and the first issue, the fact that he did not mention it in the government program. It shows irresponsibility, because dialogue is a huge challenge. This makes one question whether he has taken this job seriously”, Nurellai declared.

Analyst Nurellari declared that with these elections, Kurti rebuked his own statements that he strongly held before.

“The opposition accepted the result in a very decent way, without using tear gas or spray, as Kurti did. His previous statements were just rebuked. He used to say that democracy is not working. Democracy is working in Kosovo, because Kurti came to power without violence and the result was made public within the day”, Nurellari declared.

According to Nurellari, the recent election result in Kosovo followed Hoti’s bad governing.

Bejdo: Kurti must make good use of the new US administration

Rosalba Bejdo, the International News Producer on A2 News, said for “Absolut 4” that the new Prime Minister of Kosovo must take advantage of the fact that the USA has a new administration, with longer experience on Kosovo and better knowledge.

“It would be a mistake for Kurti not to take advantage of the fact that the US has an administration that has experience and knowhow on the Kosovo case, unlike the previous one. This momentum must be put to good use”, Bejdo declared.

“The EU and the USA have demanded for dialogue to become a priority. They keep reminding that the future of Kosovo depends on the normalization of relations with Serbia”, she declared.

Bejdo underlined that in his first speech, Kurti mentioned issues that directly affect the Kosovo citizens, such as the pandemic, with Kosovo being the only Balkan country without vaccine. Kurti said that the COVID-19 crisis will be the main focus of his first 100 days.

As regards Kurti’s cabinet, tonight’s guests on “Absolut 4” have different opinions. The International News Producer on A2 News, Rosalba Bejdo, Kurti’s cabinet is the government of a new generation, people with various experiences and also two ministers coming from the Diaspora. “Three ministries went to miniority communities. There are personalities loyal to the Prime Minister, but not important wartime figures”.

Journalist Franko Egro focused on the Foreign Minister, Donika Gervalla. “She is an interesting character. She is the daughter and niece of two Kosovo martyrs. They were killed in Germany, close to Stutgart. They were among the first creators of Kosovo’s independence, decades before it turned intoy reality. She has an intensive activity with the LDK, but was left out due to her way of doing politics”, Egro says.

Egro says that another important detail on Gervalla is the fact that her spouse is a former German MP, connoisseur of the Kosovo case and a person of influence in the German politics. “Mrs.Gervalla should use this influence to get Germany closer to Kosovo. We know that Berlin has weight in the dialogue with Serbia. Diplomacy in Kosovo has been almost inexistent for almost an year”, Egro declared.

Analyst Adri Nurellari seems skeptical, based on the political and personal history of Gervalla.

“All of Kosovo respedcts the sacrifice of Gervalla’s father and uncle. Her contribution remains to be seen. She is known as very aggressive against Thaci and the PDK, and as a strong voice against the cooperation between PDK and LDK”, Nurellai declared.

For him, it is not easy taking someone from the Diaspora and making them Foreign Ministers. Gervalla was born in Skopje, spent part of her childhood in Kosovo, has lived for 10 years in Albania, since 1982, and then moved to Germany.