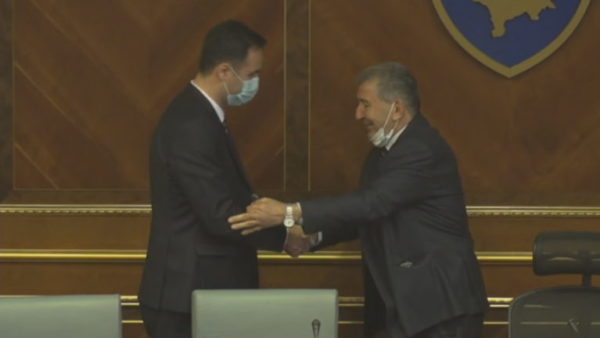 Kosovo’s new Parliament held its constitutive session this morning. This time it has the highest number of women MPs. To mark the event, MPs from Vetevendosje and “Guxo” wore white clothes.

Avni Dehari, from Vetevendosje, chaired the session as the oldest MP, accompanied by Adelina Grainca, from the Kosovo Democratic Party (PDK), as the youngest. The session started with Dehari appealing to everyone to follow the rules of COVID-19.

The Parliament approved the report of the ad-hoc committee for verifying the quorum and mandates. After a 20-minute break, the MPs turned to take the oath.

The winner of these elections, Vetevendosje, had proposed Glauk Konfjuca as Parliament Speaker. He was voted with 69 votes in favor. Xhavit Halili was the only  PDK member who voted for Konfjuca.