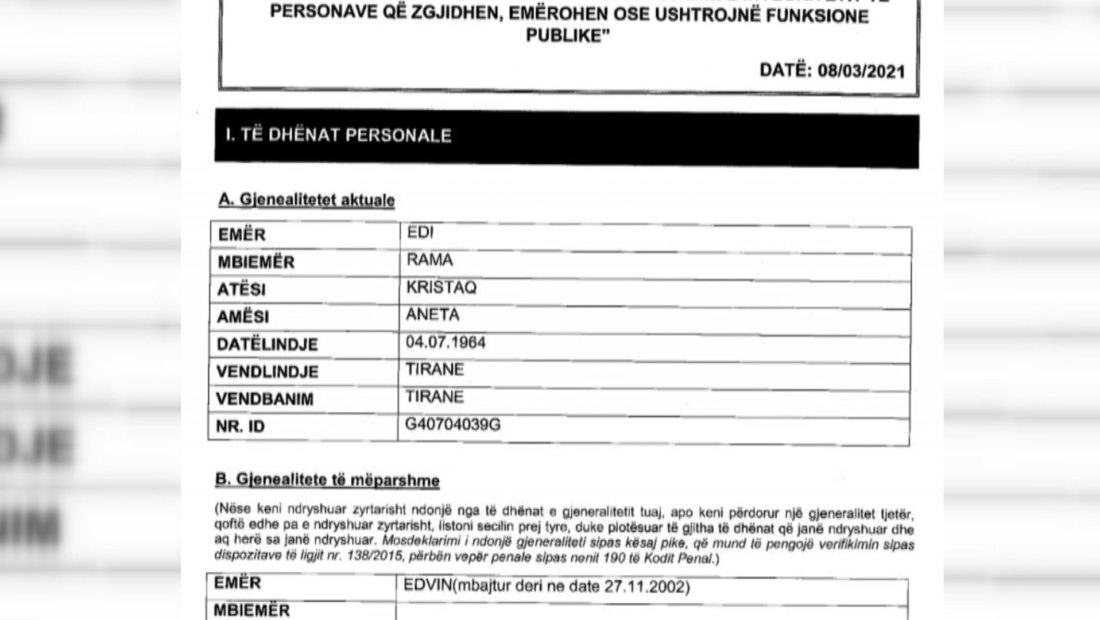 Both candidates for Albania’s next Prime Minister, Edi Rama and Lulzim Basha, have irregularities in their decriminalization applications.

A2 CNN found that Edi Rama can also be accused of false declaration. In the section of the form where he is asked whether he has lived abroad for more than one month, Rama has marked “No”.

The Prime Minister, who is seeking a third term, has apparently forgotten tha the has lived in France for four years before starting his political journey in 1998.

On the other hand, Lulzim Basha has minor irregularities as well. He has stated that he lived for seven years in the Netherlands, from 1993 to 2000. Then four years in Prishtina, before running for the elections of 2005.

However, Basha has failed to write the full address. He has placed only the names of the cities: Utrecht and Prishtina.

These irregularities were not addressed by the Central Election Commission or by the parties, who have had the opportunity to correct the documentation twice.