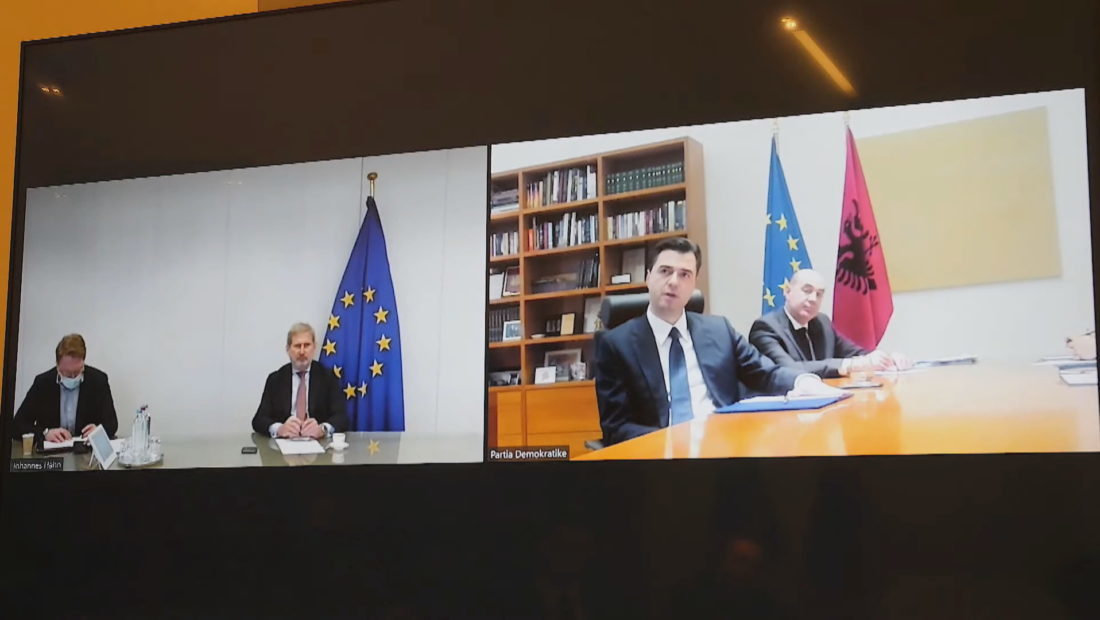 The opposition leader, Lulzim Basha, held an online conversation with the EU Commissioner for Budget and Administration, Johannes Hahn.

The Euro-Commissioner expressed his support to some points on the Democratic Party program, praising it for the role played with the reforms.

“I am certain that Albania has made a lot of efforts. I remember it very well that this was made possible thanks to your commitment. It was the time when, for the sake of national interests, the opposition compromised with the government and tolerated some issues with the purpose to realize the reform. This was extraordinary”, Hahn declared.

He added that the rule of law is the most important thing for a country that wants to become an EU member.

On the other hand, Lulzim Basha raised concerns about corruption. He updated the Commissioner with the opposition’s plan to fight this phenomenon: “The first step will be creating the National Agency Against Corruption, which will operate independently from the executive”, Basha declared.