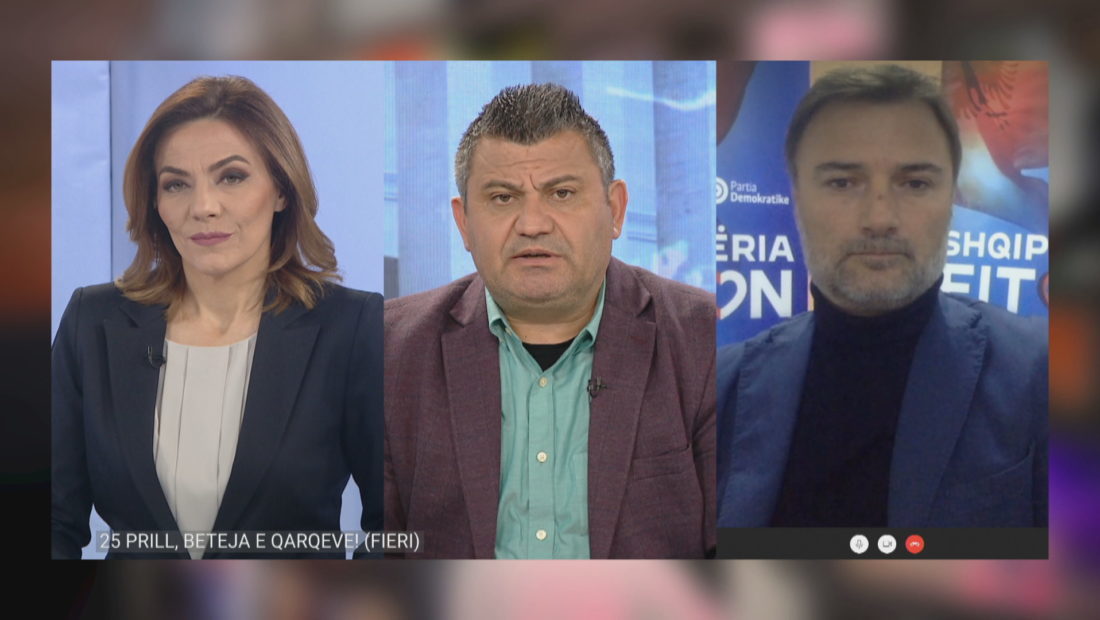 “Absolut 4”, A2 News political show, discussed today the electoral race in the Fier District, with Enkelejd Alibeaj from the Democratic Party and Petro Koçi from the SP among tonight’s guests. Both of them are candidates for the April 25th elections and former MPs.

Alibeaj, the political leader of the Democratic Party for Fier, didn’t give a number about the parliamentary seats that the opposition is aiming for in this district. But he said that the people’s enthusiasm for bringing change is huge.

For Alibeaj, the DP tried to bring candidates with a local profile, so that the constituents can feel more related to their representatives.

“There is a huge engagement from citizens, much more than 2017 and 2015. Citizens have felt the pain caused by this regime. Now they are free of skepticism and have joined our offer. I have noticed an urge among citizens to bring an end to this regime.”, Alibeaj declared.

Votes in favor of the DP, are they only against Rama, or do people trust the Democratic Party as an alternative?

When asked whether citizens are inspired to remove the current government or do they really trust the Democratic Party, Alibeaj declared that he has noticed great anger among citizens, but also a huge interest in new programs.

“From the first tour in Fier, what prevailed was maximal anger towards the government. In other words,  votes to remove this government from power. In specific areas, such as Divjaka, Roskovec, Patos, and Ballsh, which have an agricultural profile, I understood that people are giving maximal priority to our ideas regarding agriculture. They know very well what a business registration number is, and what 100 million in subventions mean. There is emancipation, a desire to have more options”, Alibeaj declared.

For journalist Mentor Kikia, it is ironic that the parties that want to come to power, all they offer are the bare minimum, avoiding important matters such as youth unemployment and the issues with drugs.

“Drug usage is a social plague. Not only for the trafficking part but also its consumption. There is an entire generation that is falling victim to drugs. The education issue is treated as a matter of luxury. In a country that still debates water and power supply, asking what the government will do for our youth can be considered a luxury. These topics haven’t been discussed at all so far. These social issues have not received attention”, Kikia declared.

For Alibeaj, the DP offers a clear program to keep youth away from drugs. That is by supporting poor families with payments and by providing scholarships.

“Failed education and employment are the reasons why the youth is being thrown to the claws of drugs. It is better to open more universities than more prisons. We have supported our youth to get an education. If a family has no more than 640,000 ALL of revenues, the government will offer support with 5000 scholarships. Young citizens will be assisted to open new businesses”, Alibeaj declared.

Petro Koci: SP is aiming for 11 seats in Fier

The candidate of the Socialist Party in Fier, Petro Koci, declared that the Rama government has had a better balance than all previous governments and this will enable an easier electoral campaign.

“Placing Gramoz Ruci tenth on the list shows that the Socialist Party is confident enough to get 11 seats in Fier. We will use the scheme of 2017 in these elections. I think that this system is more direct, it will turn the citizens’ vote into seats that represent them directly”,  Koci declared.