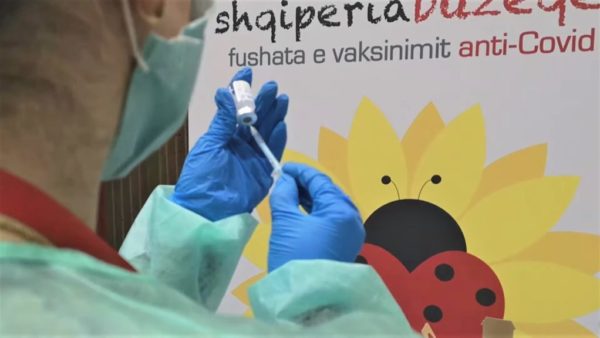 Albania will continue with the application of the AstraZeneca vaccines, while there have been efforts to obtain the Russian and Chinese ones.

The experts of the Immunization Committee declared that the suspension of the AstraZeneca vaccine by many European countries is not based on scientific facts. After the initial stance held by the European Medicament Agency, the committee decided to continue with AstraZeneca.

“These decisions were mostly based on political grounds, rather than expert opinions”, said Aida Bushati, representative of the Immunization Community, who says that Albania is open for any vaccine certified from producing countries. There are also efforts for the Russian and Chinese vaccines.

The Committee has decided to issue just one dose for persons who have recovered from the coronavirus.

Many teachers in Shkoder and Korca refuse the AstraZeneca vaccine, different reception in Tirana

The Albanian Prime Minister, Edi Rama, and the Health Minister, Ogerta Manstirliu, visited the city of Fier today to promote the vaccination process. However, some teachers in Korca have refused to take the AstraZeneca vaccine on the second day.

Despite the Albanian government’s appeal for a massive vaccination process, Pfizer and Covax have sent only 80,000 doses so far.

The “Air Albania” Stadium is the biggest vaccination center in Albania. Two to three ambulances are available at any time to help the vaccination process. However, schools that are serving as vaccination centers for teachers don’t have any urgent service.

Teachers who received the vaccine at the Petro Nini High School report no side effects so far. The presence of an ambulance would however prevent any unexpected situation.

While in Korca and Shkoder there have been many teachers who refused the AstraZeneca vaccine, most of them in Tirana say there is no room for not trusting.