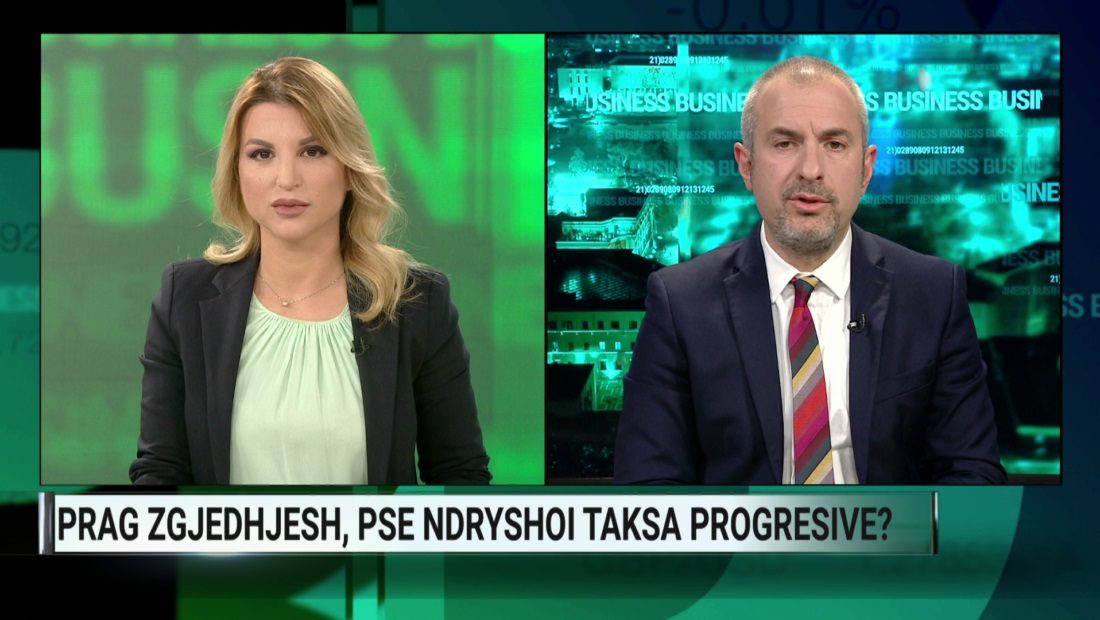 The Albanian Prime Minister, Edi Rama, declared that the progressive tax will change if he wins a third term. The current tax model brought him to power eight years ago.

Since then, Rama has defended it for two terms. This was despite strong critics from experts, who say that this model favors businesses and burdens the middle class and intellectuals.

But on the verge of the new elections, Rama promises to change his own tax, which was today’s topic on A2 Business.

The Socialist Party MP, Ervin Bushati, was asked why was this decision being taken as the country is going through a crisis. According to Bushati, the tax will be even more progressive than before.

“Every country of the world is promoting social governments, especially after the pandemic. The flat tax is out of fashion since 1996. This tax is successful only in Russia. The new change will make the tax even more progressive”, Bushati declared.

“The government has been more cautious in calmer times so that we can be more active in hard times like nowadays. The crisis is equal to the post-WWY period. The progressive tax becomes a burden for salaries above 400,000 ALL. Only 2.5% of employees are paid more than 4 million ALL”, Bushati declared.

However, economic expert “Klodian Muco” declared that the taxation is progressive only for salaries, not for businesses. “Businesses pay 15%, the dividend tax reached 9%”, Muco declared.

For Bushati, the tax is progressive even for businesses, with 91% of them paying zero taxes, according to the SP representative. For Muço, this is not fair.

“This is not fair. You relieve 91% of businesses and the 9% has to pay for all the rest. These programs are made for getting votes, or for building a solid government?”, Muço asked.

“How else can the economy survive a time of crisis? This is WW3 and it is taking place throughout the entire world”, declared the Socialist Party representative.

For Gjergji Gjika, representative of the manufacturing industry, Albania needs a relief package in a time of crisis, which was never offered by the government.

“How can we take the economy out of this situation? We need more measures. Our economy needed a relief package that was never given. Albania doesn’t have a package”, Gjika declared.

He accused the Prime Minister of not keeping a promise given in 2014, for returning part of the taxes.

“In 2014, Rama promised that although we paid 15%, 5% would be returned. The Prime Minister hasn’t returned 48 million EUR. At that time it was said that this percentage would be used for professional training, new technologies, and other promises that were never realized”, Gjika declared.

Bujar  Bendo, fiscal expert, declared on A2 Business that the fiscal package offered by the government is for electoral purposes only. For him, what the business needs right now is development policies.

“If Socialists win a third term, the main thing that should be done is to not keep changing taxes every two years. It is very difficult to maintain tax administration. It has created higher costs for businesses. There should be more focus on economic policies”, Bendo declared.

“We need a clear economic program to show where our economy is headed to. So far, we have been an economy that offers services, not production. Development policies give more space to businesses as well. The fiscal package has only electoral elements that cannot work in reality”, Bendo declared.