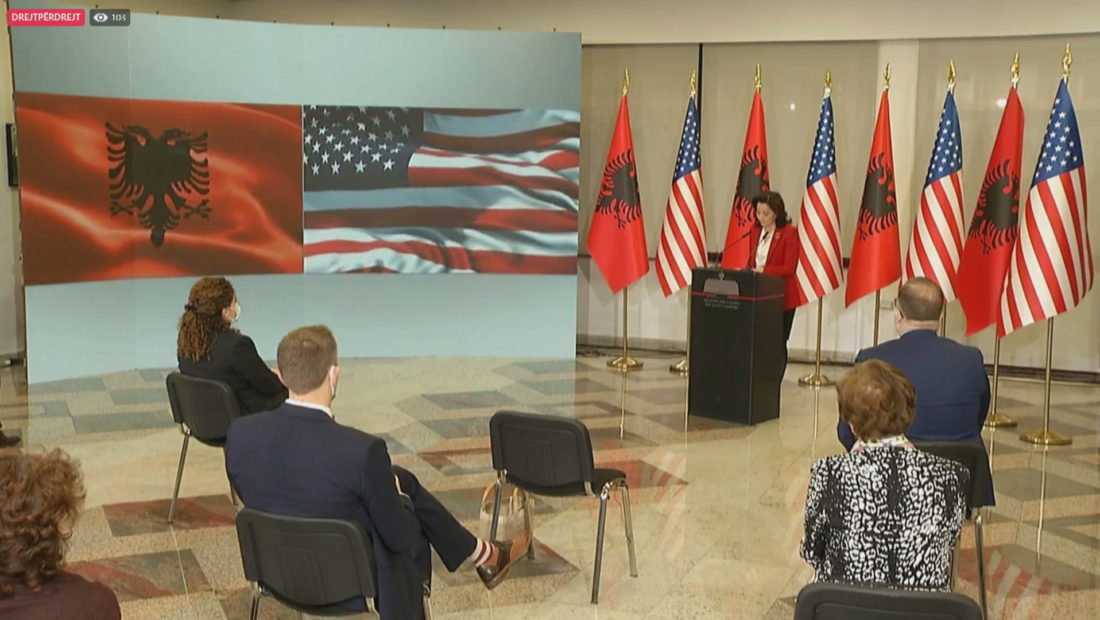 In the ceremony for the 30th anniversary of the reestablishment of the US-Albania relations, the US Ambassador declared that it should not be forgotten how much Albania has achieved in these three decades.

The Albanian Defense Minister, Olta Xhacka, declared that she has had the good fortune of personally known some of the hearts who kept alive the friendship between both countries.

According to the US diplomat, one testimony proving Albania’s progress is the decision of Brussels to open the EU accession negotiations.

For the Foreign Minister, it would have been impossible for Albania to make these achievements without help from the USA.

Both Albania and the USA have an eagle as part of their national symbols. In the end of the ceremony, Kim said that she and Minister Xhacka had decided to exchange them in sing of mutual friendship.