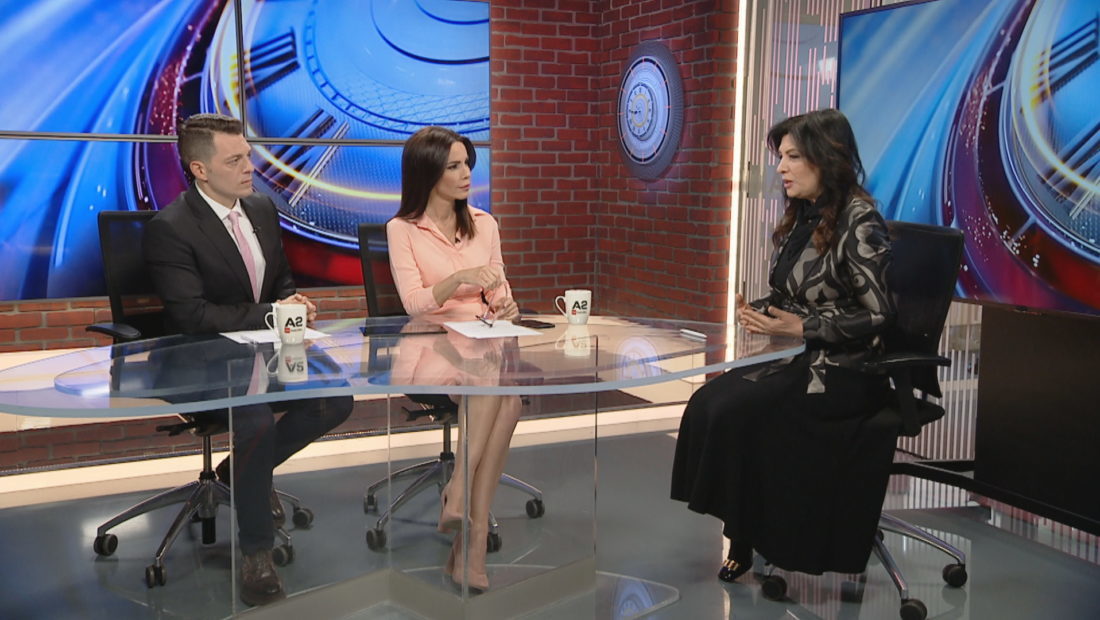 Jozefina Topalli is the leader of the newly formed party, “Movement for Change”, and a former member of the Democratic Party. Today’s guest on A2’s morning show “Dita Jonë”, Topalli commented on the recent confrontation between the Socialist and Democratic Party militants in Elbasan.

For Topalli, both parties are appearing very nervous. She suspects that their strategy may be the destabilization of the country.

“I see it as a conflict. What happened in Elbasan gave me great concern. There could be a strategy for causing destabilization. I am convinced that both parties have seen from polls that they cannot get enough votes to form a government. There’s no need to put the country’s stability at risk for personal posts. I hope that it won’t get to the point of bringing back 1997”, Topalli said, referring to the civilian uprising of 1997 which led to several months of chaos throughout the country and thousands of deaths.

For Topalli, Albania has not reached a real democratic culture for people to trust vote, and punish what happened under the dictatorship regime.

“Citizens don’t feel safe yet about their jobs, while the main objective remains the fight against corruption and poverty, which requires a Prime Minister with integrity”, Topalli declared.