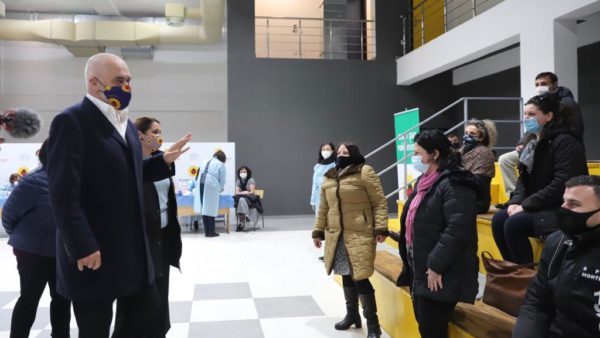 The Albanian Prime Minister, Edi Rama, inspected the vaccination process for teachers in Durrs, accompanied by the Head of the Epidemiologic Department at the Public Health Institution, Silva Bino, and by the Health Minister Manastirliu.

After discussing the progress of the vaccination process in Albania, Bino commented on the Astra-Zeneca vaccine, which has been suspended in several countries for security reasons, after some fatal side effects on patients.

According to Bino, none of the persons who received the Astra-Zeneca vaccine has shown any side effects.

“It was also confirmed by the UK Regulatory Agency. This is a very strict agency. It has administered millions of does even in Canada and Australia. These countries are allowing the vaccination process to continue. These agencies give even more security. The process started in Albania from this Saturday has gone well so far. There have been no side effects. Naturally, there is hesitation due to the articles published in the media”, Bino declared.