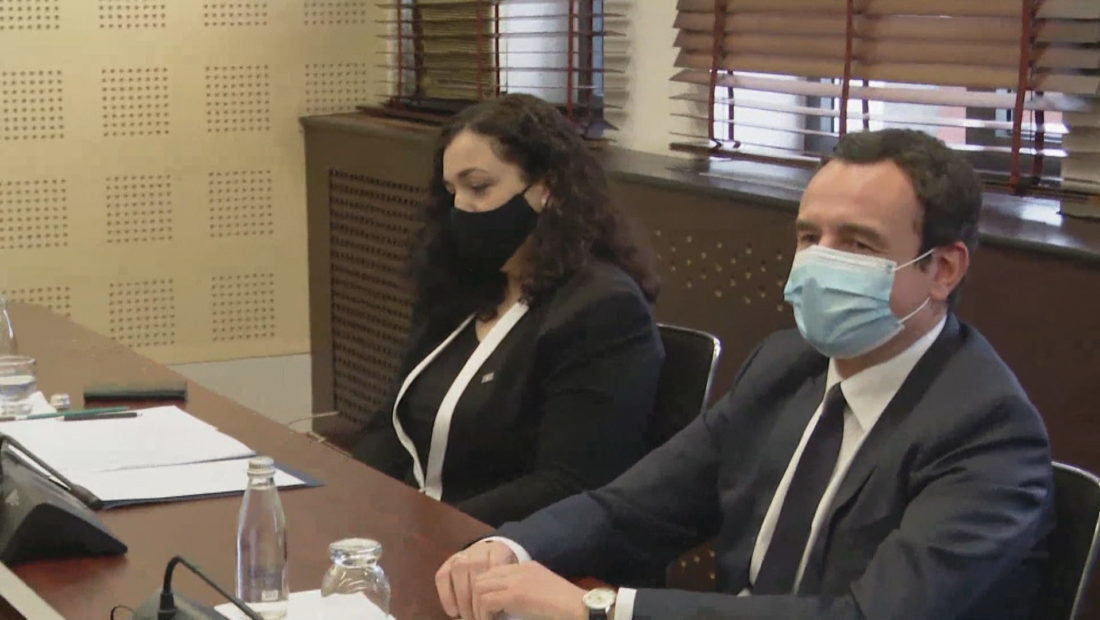 The leader of the Self-Determination Movement in Kosovo, Albin Kurti, and the candidate for President of Kosovo, Vjosa Osmani, started consultations with political parties for creating the new government in Kosovo.

The acting leader of the Kosovo Democratic Party, Enver Hoxhaj, was the first one to discuss with the main exponents of the winning list of the February 14th elections.

It remains unknown whether Osmani and Kurti will propose something concrete, but Hoxhaj has publicly excluded a coalition with the Self-Determination Movement.

Today they will meet with the leader of the Alliance for the Future of Kosovo, Ramush Haradinaj, Osmani’s rival for President.

The leaders of other political parties were also summoned in today’s consulting meeting.