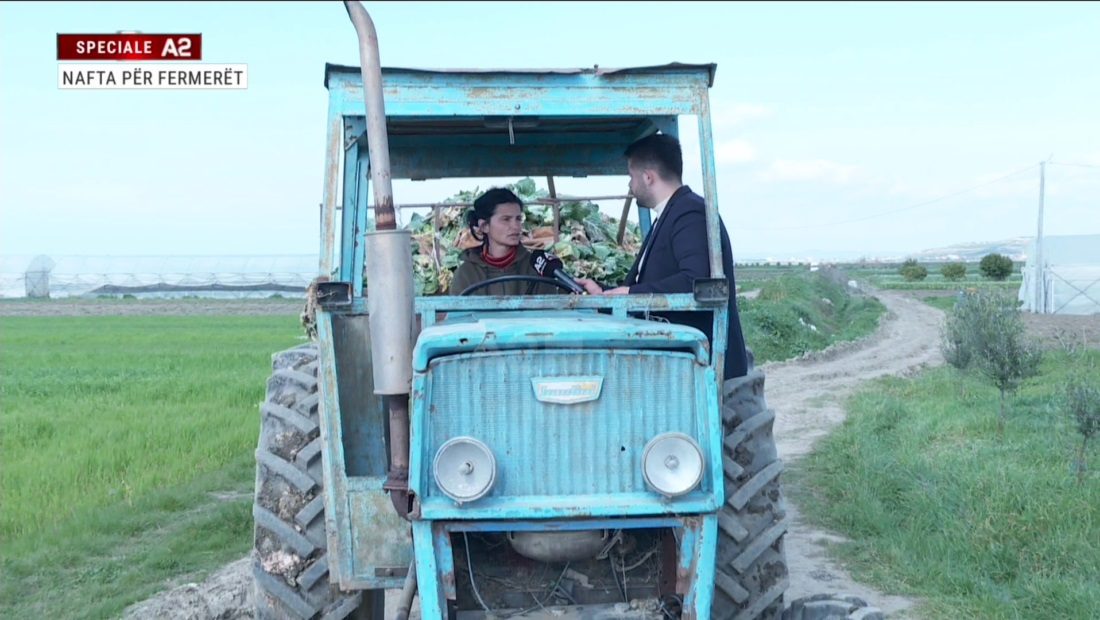 15,000 Albanian farmers responded to the appeals to obtain tax-free fuel. The low number of applications and the increased interest rate, according to the Ministry of Agriculture, caused the institution to extend the deadline to March 30th, and then to November 30th, to obtain fuel without excise. This process aims to formalize farmers and increase economic development in this sector.

Pellumb Lushka, a farmer in Divjaka, Lushnje, said for A2 News that he had heard about the tax-free scheme, but didn’t apply. Disappointed by previous experiences, he says that there is a lot of bureaucracy to benefit a small amount of free diesel. Lushka said he bought 30,000 ALL of diesel and it won’t last more than two weeks as the planting season starts.

Pellumb Zaimi, another farmer in Kamenica, Divjaka, says that he needs more fuel than what the ministry offers. The government’s tax-free schemes do not convince him. He is still disappointed by the previous scheme that took place a few years ago. “The scheme was initiated twice and I never received it. Some received the tax-free oil, some not”, he says.

In these areas, planting crops and raising cattle is the only way of making revenues. Edmira Toska, who comes from a family full of passion and tradition in agriculture, says that the lack of support forced her to reduce the size of the farm. She didn’t apply for the tax-free fuel either.

She says that after renting 56 hectares of land, she would have many landowners to sign an agreement for. If she applied for tax-free fuel, the cost of the notary documents for each owner would make the application process not worthy.  Her dream is to have a larger farm with better tractors, but the lack of government support makes it an impossible feat.

Eduard Sharka, Head of the Farmers Union, says that the low numbers of applications show mistrust of institutions. “15,000 out of 60,000 registered farmers applied. It means they have no trust. The €500,000 payment of a foreign study on how to apply the tax-free fuel system could have been avoided. We weren’t asked on the matter, despite being directly interested.”

Farmers also criticize the method offered by foreign advisers, a system that awarded those who applied first. “How can you tell a farmer that you won the right for tax-free fuel, but you cannot make any use of it because you arrived too late”, Sharka says.

Dissatisfied with the government support so far, the Union of Farmers demands that the agriculture schemes should be discussed with the directly interested groups. “Sheiks come with their boats and get tax-free fuel. Farmers buy it at a market price. We need to sit and study the potential of agriculture among ourselves so that we can draft schemes that fit our farmers”, they said.

Since the announcement made by PM Rama, in October 2020, 14,500 farmers have reactivated their Taxpayer Identification Numbers. The rest continue to cultivate their lands informally, excluding themselves from the support schemes.

Albania has a large number of farmers and their production capacity has always been on the rise. The lack of a broad development strategy will continue to keep them working informally.