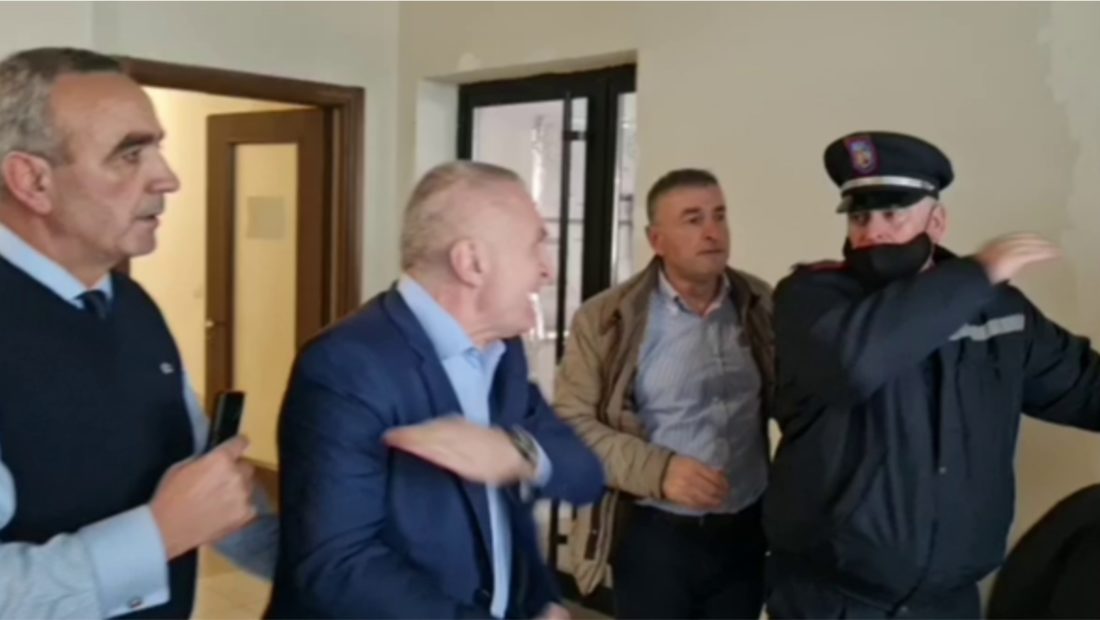 The President of Albania, Ilir Meta, was recorded confronting the Municipal Police at the offices of the New Democratic Spirit. The situation escalated as the municipality asked the NDS to free the premises.

After the incident,  Preisdnet Meta stated in a press release that this is an effort of the mafia trying to manipulate vote. He appealed to the opposition to wake up before it is too late.

“This act has the intention to violate psychologically any force of the opposition by using the municipality as a gang. This is very irritating. It is a warning for citizens for this mafia-style effort. I appeal to the opposition to wake up and now allow any violation of the rules of the race. Otherwise, it will be too late for them, not for the people. Implement the law or you will end up as the police of Mubarak”, meta declared.

NDS leader: “No one will remove us from our offices”

The vice leader of the New Democratic Spirit, Sali Shehu, declared that no one will be able to take away their offices. He said that he has notified the Prosecution to start investigating the violence exerted against the NDS leader and the staff of President Meta.

“No one will be able to take these offices illegally. We are here to tell all Albanians that we are fighting for something better. Even in Enver Hoxha’s time, a party wouldn’t be removed from its office until the elections”, Shehu declared.

President’s spokesperson addresses to Tirana Mayor: “Don’t force the President to tell the people to take you out of your office like a dog”

The Spokesperson of the Albanian President, Tedi Blushi, addressed the Mayor of Tirana in a press release.

“Don’t force the President to appeal to the citizens and take you away from your Office, like an unsterilized dog, you ordinary provocateur of a medically registered schizophrenic”, said Meta’s spokesperson. “You insect, keep in mind (to Mayor Veliaj) that you will not escape the nationwide punishment for the criminal demolition of the National theater, the affairs with Tirana’s incinerators. Don’t you dare try other illegal actions of violence against the opposition or you will be handed over to the people, the great judge, and you know what this means, you sewer scoundrel”, the Spokesperson declared.

Democratic Party reacts to the incident at the NDS

The Democratic Party reacted to the incident by considering it a brutal attack ordered by Prime Minister Edi Rama, only because the NDS joined the opposition.

“The Democratic Party condemns the brutal act ordered by Edi Rama against the New Democratic Spirit. Using the police against a political force is the most significant evidence that Edi Rama opposed freedom and democracy”, says the declaration of the PP.