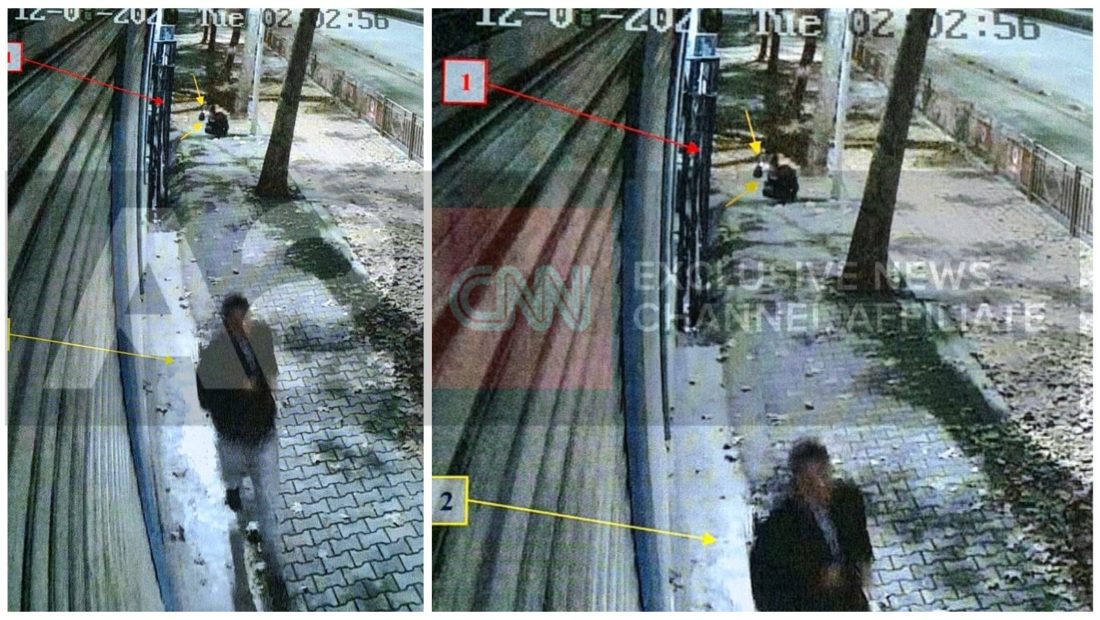 A2 has obtained security camera footage that has photographed the moment when Police office Nevaldo Hajdaraj shot and killed Klodian Rasha on December 8th.

Rasha’s death was followed by a series of protests that turned violent in Tirana. The Minister of Interior gave his resignation a few days later.

The photo obtained by A2 shows the moment when officer Hajdaraj fires against Rasha as he was lying on the ground.

The 25-year-boy was standing outside on the sidewalk during the lockdown hours. He refused to stop when called by the police patrol. Hajdaraj chased Rasha and tried to stop him by holding him from his clothes.

Rasha was been able to free himself, causing officer Hajdaraj to fall on the ground. At this moment, Hajdaraj has used his gun and has fired twice against Rasha.

The Prosecution also excluded that a handgun found 100 meters from the scene could have anything to do with Rasha. There were no fingerprints on the gun that could belong to the victim. Besides that, Rasha’s hands also had no sign of gunpowder.