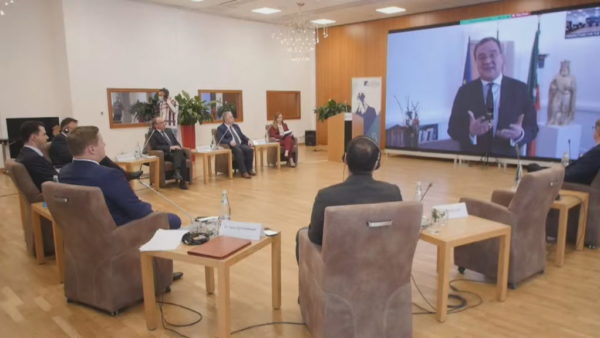 The leader of the German CDU party, Armin Laschet, declared that fight against corruption is key to Albania’s EU integration.

Laschet was invited at the forum “Perspective for a European Future”, organized by the Conard Adenauer Foundation. He underlined in his speech the fact that young Albanians are abandoning their country.

“More young people are abandoning the country. Something needs to be done about this. 360,000 citizens left Albania in 2019, and this should serve as a warning signal. Those in charge must do more for education and for increasing chances in the job market”, Laschet declared.

The Democratic Party leader, Lulzim Basha, promised that these wounds of the Albanian society will start healing once he comes to power.

“We need to start a real war and a fight, a real national effort against corruption, organized crime and the drug traffic. This did not happen in the past eight years. The government under my direction will lead these efforts with major budgets, by increasing the security forces and by using technology with the closest possible cooperation with the EU countries”, Basha declared.