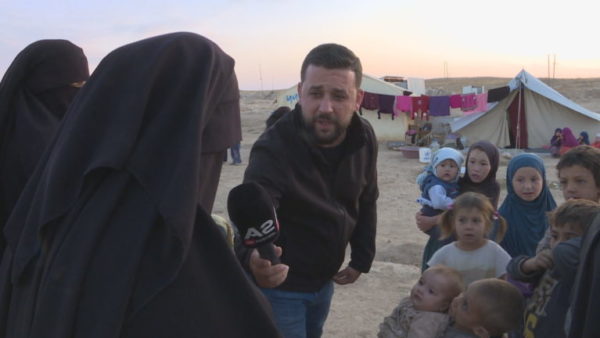 Revajet Shahini, one of the mothers that were sent to the Roj camp, after leaving al-Hawl, has sent a letter to the editorial office of A2 CNN.

She wants to know what is going on with the repatriation of the Albanian women and children who were left in Syria. Revajet Shahini, an Albanian mother from North Macedonia, seeks help also for her boy, Osama.

“I am the mother of Fidan. I don’t know what is going on with our repatriation. You told me to stay together with the other Albanians so that I could be sent back to my country together with my son. You took one family, Endri, and then left us in Syria once again. The other Albanian citizens told me that they would look after my son as well. They left and gave me no answer”, she says.

Shahini reminds us that it has been five months since the Rasha family and Endri Dumani were brought back from Syria.

“It has been five months and I don’t know anything about my child. We hoped that we would return, but we don’t know what is going on.”

One day ago, the Albanian Interior Minister declared on “Absolut 4” that there will be positive news for the Albanians that are being kept in Syrian camps. When asked about his visit to Syria, the Minister underlined that this is a constant effort to repatriate the Albanian citizens that were left in those camps.

“I made public the purpose of my visit. This is not just an effort. This is ongoing. Just like my predecessor I have not stopped working to repatriate every Albanian who remained in the camps of Syria. My visit there was one of the first steps that we are taking in this direction. Very soon there will be positive news about the Albanians who are left in those camps”, Minister Çuçi declared.