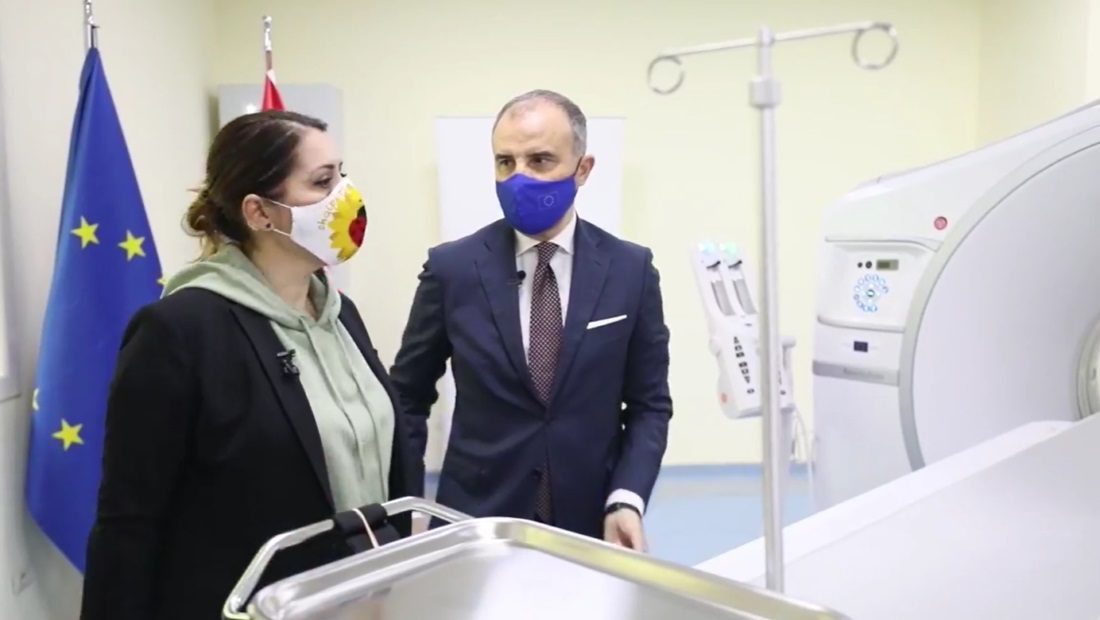 Albania is expected to sign a COVID-19 vaccination agreement with the EU.

The Albanian Health Minister, Ogerta Manastirliu, met with the EU Ambassador today, Luigi Soreca, at the inauguration ceremony of an advanced scanner at the Mother Theresa Hospital Center. Part of the EU support package.

Soreca and Manastirliu declared that they are working to conclude the agreement on the vaccine, which remains the next challenged.

“I am hopeful that the agreement with the EU will be finalized very soon”, Manastirliu declared. “We are expecting 9000 Pfizer doses in the next week. The Albanian government has prepaid doses for 800,000 Albanian citizens, either through the Covax system or with a direct contract with Pfizer. We are continuing our negotiations for other contracts”, Manastirliu declared.

The EU Ambassador to Tirana declared that Albania and the EU are negotiating on an €11 mln grant for the vaccines, the equipment that will be needed to distribute them, and also for purchasing them. “I hope to finalize this agreement in the upcoming days”, Soreca declared.