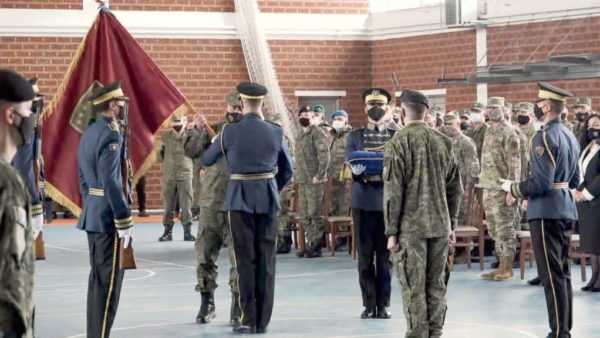 Several troops from the Kosovo Security Forces are being deployed to Kuwait. This is Kosovo’s first participation in an international peacekeeping mission. The acting President of Kosovo, Vjosa Osmani, declared that the mission was enabled thanks the partnership with the USA.

“22 years ago it was hard to imagine that our soldiers would become part of a peacekeeping mission around the world. This is turning to reality today because we brought freedom and built peace together with our international friends. It is now time to give back our contribution by becoming a partner in the peace keeping process. From a country that imported peacekeeping forces, today we are turning into an exporter”, Osmani declared.

The President declared Kosovo’s mission was peace and that the country would stay by the side of its international friends. The acting Defense Minister, Anton Quni, declared that this marks a special moment for the history of Kosovo, which is being lined up with the armies of its strategic partners.

The troops from Kosovo were sent to Kuwait at the request of the US Central Command and will operate under the command of the Iowa National Guard.