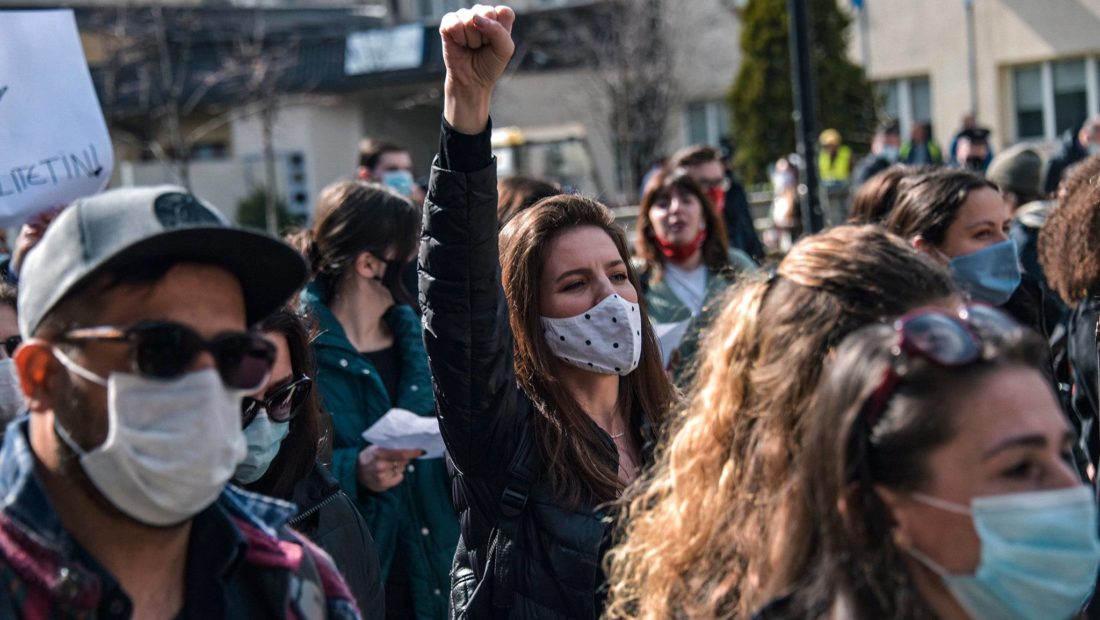 The future Prime Minister of Kosovo, Albin Kurti and acting President Vjosa Osmani, joined a peaceful march held in Prishtina on the International Women’s Day, with the motto “We march against the patriarchy that kills”.

Activists from civil society paraded with slogans “We march, we don’t celebrate”, “Patriarchy Kills”, “How many more lives we must lose”, etc.

President Osmani declared that Kosovo’s justice institutions have many cases when the life of a man has not been treated the same as that of a woman.

“This is something that each of us must fight, as citizens of Kosovo and as institutions. This is why we joined the organizers today, to raise our voice for justice, because justice is the first condition for having equality in all sectors of life”, Osmani declared.

Kurti declared that the new government that will be led by him will have not less than five female ministers.

“Our first government had 15 ministers, 5 of whom were women. Our next government will not have less than that. We will try and have more”, Kurti declared.