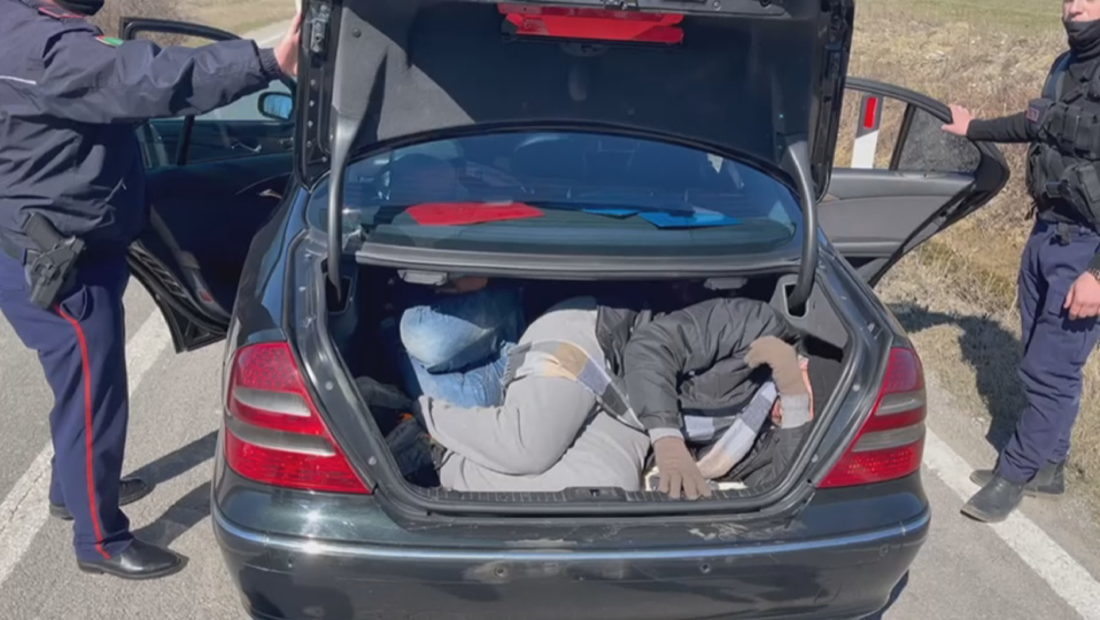 Three illegal immigrants were caught inside the trunk of a vehicle, as the driver was trying to transport them from the Middle East to the border with Montenegro.

Police were able to detain the driver, while border patrol agents say that the phenomenon of paying Albanian drivers for the illegal crossing has been widespread recently.

Illegal immigrants are well-informed about how they could leave the country before they even enter Albania. In every country they cross they have contacts that can take them to EU states.

Interrogations have shown so far that they openly admit that they are traveling towards Germany, Austria, Sweden, the Netherlands and France.

In the end of 2020, after their requests were treated, 19 immigrants were deported, 2208 were accepted as asylum seekers and 10,758 left on their own will.