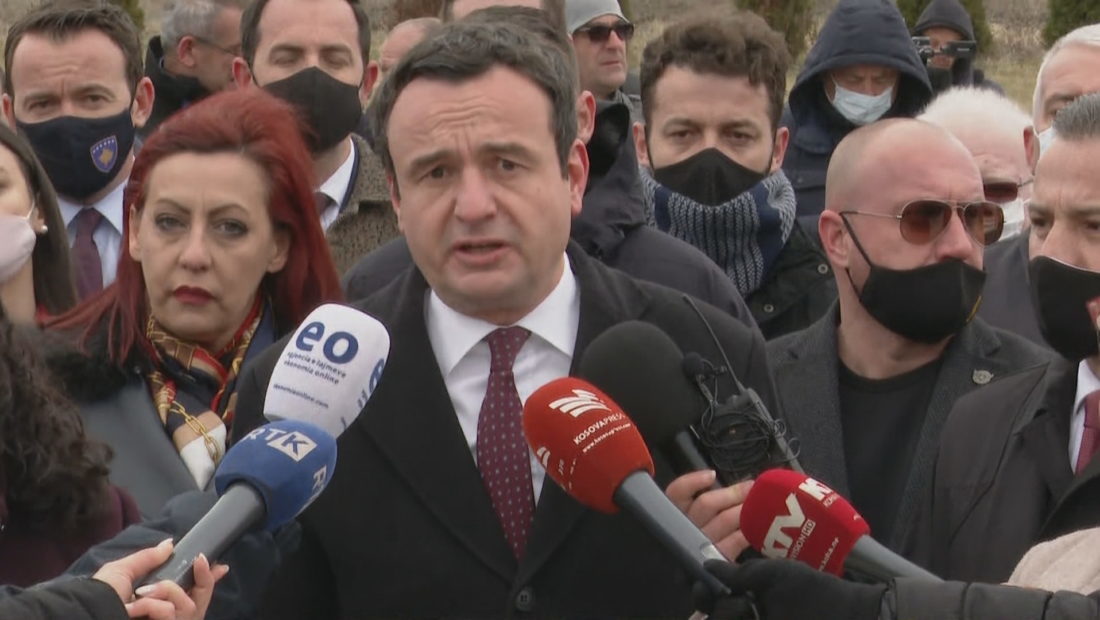 The acting President of Kosovo, Albana Osmani, visited the Adem Jashari memorial complex together with Albin Kurti, leader of the Self-Determination Movement, on the second day of the 23rd Epopee of the KLA.

From Prekaz, they said that the bravery of the Jashari family would serve as inspiration for many generations to come.

“We are in Prekaz, the place that united an entire nation under the cause for freedom. This is the place that has turned into a symbol of freedom, with the most sublime sacrifice of Commander Adem Jashari, the women and the children of the Jashari family who died with him. This was a sublime sacrifice that led to the freedom of Kosovo, to the creation of the state of Kosovo. We owe them, not only us who have fresh memories from March 5th, 6th, 7th and 8th of 1998, but also the other generations, our children and the children of our children must remember the steep price that the Albanian people paid so that we can enjoy our freedom today and have our own country”, Osmani declared.

Albin Kurti declared that the sacrifice of the legendary commander, Adem Jashari, and of his family, shows that they loved the country more than themselves. He promised full commitment of the Kosovo institutions to bring justice on the attack led by Serbia against the Jashari family.

“Serbia has not been investigated for this state crime, so that someone can be brought to justice. This is already a delayed justice, because it hasn’t even started yet. We need to engage our institutions and our government to bring a change to that, for the sake of the Republic of Kosovo, the predecessors of the Jashari family, for the future of our people and of our nation. We bow today to honor the life, work and the falling of the Jashari family, of Commander Adem Jashari, who loved our country more than themselves”, Kurti declared.

Acting Prime Minister Avdullah Hoti also visited Prekaz, followed by several ministers of his cabinet. He said that the sacrifice of the Jashari family goes beyond anything that someone could do for the freedom and independence of his country.