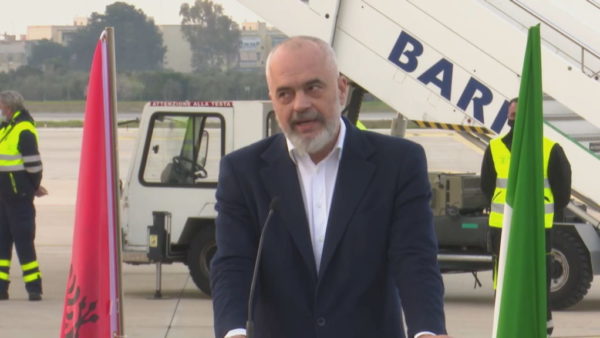 The Albanian Prime Minister, Edi Rama, is attending an official visit in Italy. He was received in Bari by the Italian Foreign Minister, Luigi di Maio, and the President of the Puglia region, Michele Emiliano.

In the end of his declaration, Rama made a request to the Italian Foreign Minister: “Since there are many journalists here who have been bombarding me with questions, I hope that the ambassador forgives me for this deviation from the protocol, but I want to take advantage of these seconds and ask Luigi to help resolving the issue with Albanian driving licenses in Italy, a matter that has been stuck in the corridors of the Italian bureaucracy”, Rama declared.

“The issue should be resolved so that Albanians can drive normally. Because, just like the Neapolitans, Albanians have a tendency to drive even without a license. And we cannot allow that”, Rama declared.