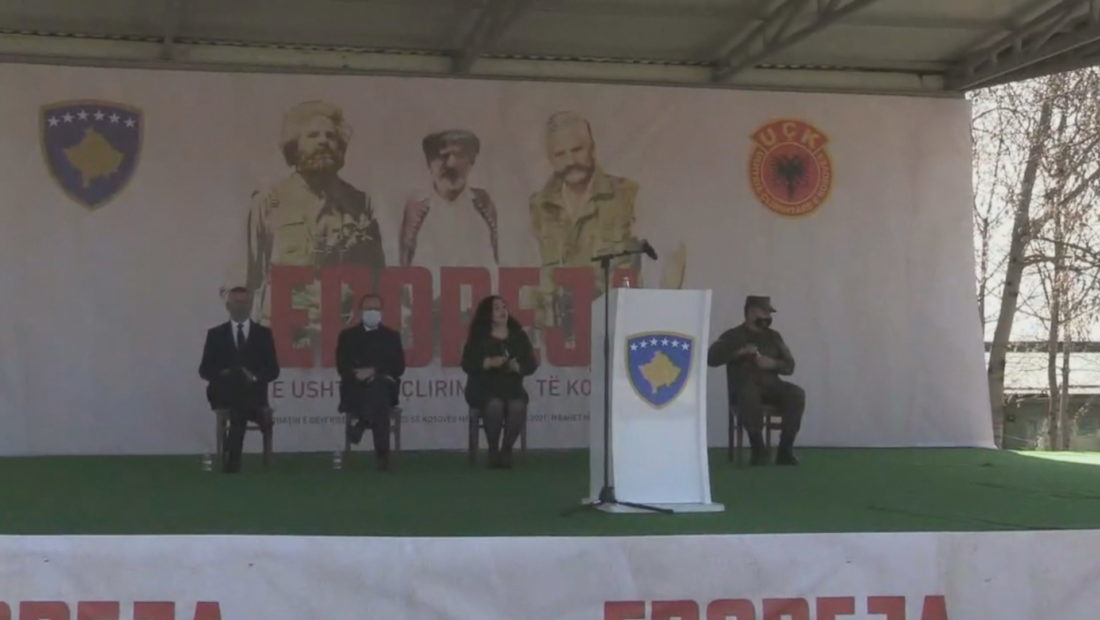 Kosova has organized various activities in Prekaz to commemorate the 23rd anniversary of the Epopee of the Kosova Liberation Army. A military parade held by the Kosova Security Forces brought together the outgoing Prime Minister, Avdullah Hoti, and acting President Vjosa Osmani.

The ceremony commemorated the legendary commander, Adem Jashari, who died 23 years ago and lost 58 members of his family, including women and children, during the “Prekaz Massacre”.

At that time, Amnesty International wrote in its report on the massacre that “all evidence suggests that the attack was not intended to apprehend armed Albanians, but to eliminate the suspects and their families”.

In the ceremony, acting President Osmani praised the resistance of 1998 and said that Kosova’s goal remains that of joining NATO.

“23 years ago, the Jasharis fought to protect their family, Prekaz and all of Kosova, giving the rarest example of a family that made a sublime sacrifice, so that today we can enjoy freedom and independence. Prekaz refers to freedom, it is a unique case in modern history when an entire family gets sacrificed for the country’s freedom”, Osmani declared.

Jashari’s memorial complex was visited by many citizens from Kosovo and Albania to commemorate the heroes and martyrs who gave their lives for the freedom of Kosovo.