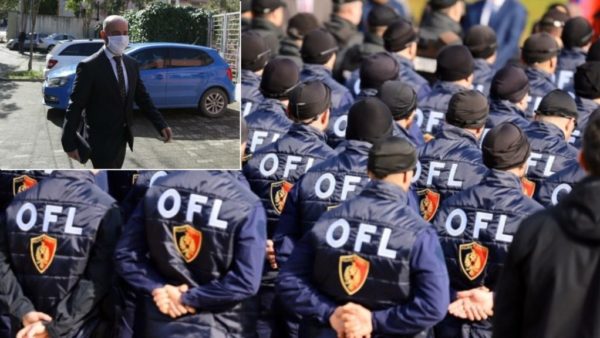 “OFL”, the Rule of Law Operation, is a special unit appointed by the Albanian government for seizing property and wealth that individuals have obtained through illegal activities and organized crime.

The second person in charge of this Unit, Artan Shkembi, was suspended after being accused of deconstructing an operation requested by German authorities by leaking important information.

The Albanian Special Prosecution Against Corruption asked the German authorities to give more information regarding the investigation that is being held against the former vice leader of the OFL, Artan Shkembi.

According to the response, it was a message that Shkembi had sent to a person that was under investigation by the German authorities. The message contained a picture taken on electronic equipment with data from the Deep See system.

Specifically, the German authorities had made a request for the verification of assets or other useful verifications to help investigations initiated against citizens K.V and A.P. This request was sent to the investigator K.V on 10.04.2020 around 16:00.

Besides the request made on 19.03.2020, by the Joint Narcotics Investigation Group in Kiel, the German authorities noted that K.V has also received photos of him and of the other person under investigation, A.P, along with data extracted from the Deep See system.

The senior police officer is being investigated by the Special Anti-Corruption Prosecution charged with “corruption” and “the disclosure of secret information”. Shkembi filed a request to be reinstated, but it was rejected by the Supreme Court.