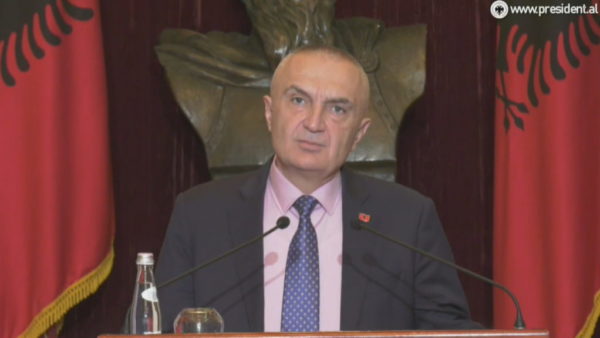 The President of Albania, Ilir Meta, threatened to punish everyone who may try to manipulate the elections of April 25th, and considered the electoral process as the main condition for EU integration.

Meta held his weekly press release and asked Albanian citizens to not get intimidate by political conflicts, considering them as artificial.

“No one should get intimidated. We must do everything possible so that the elections can be completely honest, and I hope that everyone will reflect on this. Of course, we will do everything possible to punish anyone who tries to manipulate even a single vote, and by doing so they would try to leave Albania outside of the EU”, the President declared.

Meta read some points from the EP Foreign Commission resolution, in which Albania is asked to punish the authors of cases 184 (Dibra vote stealing accusations) and 339 (a serious case of corruption and organized crime, involving high-level officials”. This and other things will bring down the alibis of those who serve as spokespersons of the propaganda that Europe is to blame for this”.

The President did not comment on the new candidates appointed by the Socialist Party, such as the Head of the Infective Hospital, Najada Como, and engineer Luljeta Bozo. He asked citizens to vote for the candidates that represent them more.