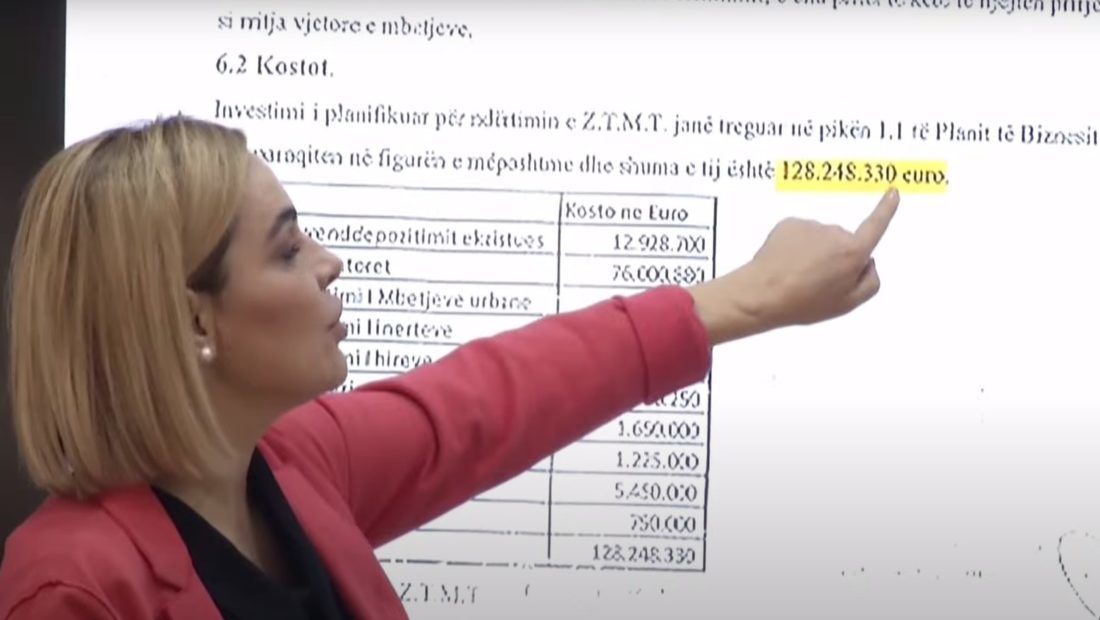 The leader of the Socialist Movement for Integration, Monika Kryemadhi, has filed a criminal report at the Special Prosecution Against Corruption denouncing many violations allegedly made by its own former member, Lefter Koka, for the Tirana Incinerator, which manages the wastes of Albania’s biggest city and capital.

“The Special Prosecution Against Corruption has all the evidence made available to them. This is the time for our judiciary to prove that they are giving justice on behalf of the Albanian citizens”, Kryemadhi declared on Social networks.

The SMI leader called the incinerator agreement “the biggest theft of this century”, accusing the former Minister of Environment, who at that time was appointed by the SMI itself.

According to Kryemadhi, Koka has violated the in the practice followed for the Tirana incinerator. His actions were rejected by several directories, but they were finalized with the signature of the Prime Minister and the Mayor of Tirana.

Koka reacted this Wednesday by saying that all procedures for the Tirana incinerator were done correctly and following every law.