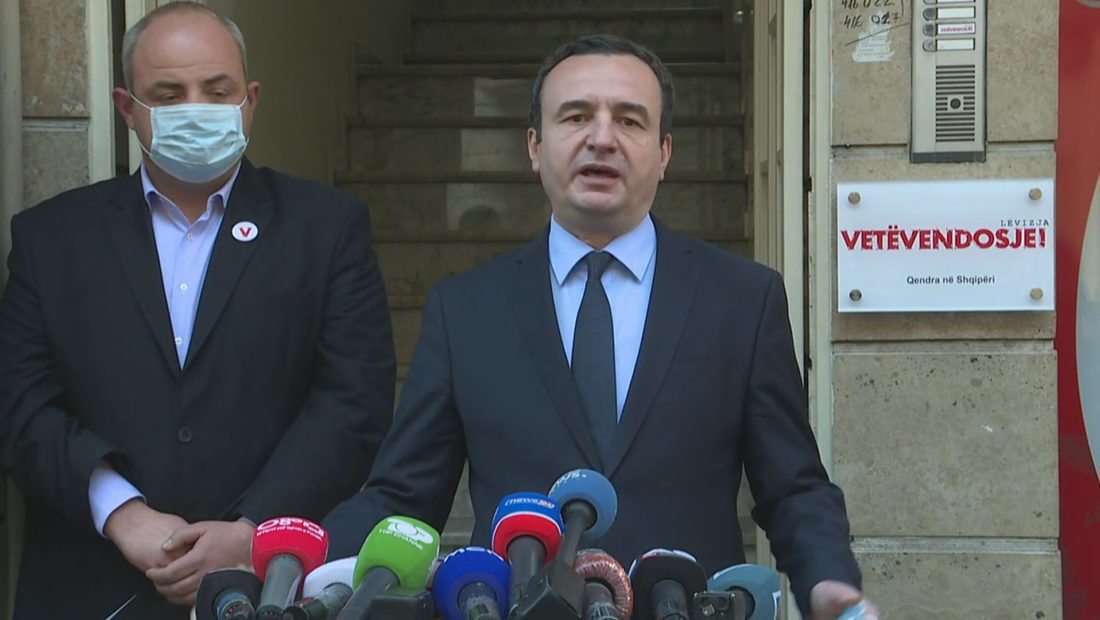 As Albania prepares for the central elections of April 25th, the future Prime Minister of Kosovo, Albin Kurti, introduced Bojken Abazi as the candidate that will support the Self-Determination Movement in the Albanian Parliament.

Praising the iamge of Bojken Abazi, Kurti said that both Albania and Kosovo need a new class of representatives in the political spectrum.

“Bojken Abazi is an invincible activist, an uncorrupted man and citizen. Albanians in both Kosovo and Albania need change, need other representatives at the Parliament, responsible and dedicated people who understand that the political post is there to serve the public, not for private enrichment. Bojken Abazi is this man. I know him better than his family. The hardship  he went through in Kosovo have shaped him so that he can represent citizens in the Parliament of Albania, which hasn’t been able to bring its transition period to an end. We need the involvement of our citizens, as this is what makes a storng democratic  state”, Kurti declared.

Kurti declared that as soon as he forms his government in Kosovo, the relations with Albania will be excellent with whoever might be the Prime Minister and President. The future Prime Minister of Kosovo declared that the first thing that will be finalized will be the implementation of the agreement that are already signed between both countries, but that were left on paper for many years.

“As soon as we form our government, we will start our cooperation with Albania and Prime Minister Edi Rama, since our government will be created before the elections in Albania. The agreements between our countries will be treated with priority. There are hundreds of agreements that were signed, less than one dozen were implemented. We must turn written agreements into actions so that we can change the lives of our citizens, because we live in two states, but we are one single nation. The cooperation with any Prime Minister and any President of Albania will be excellent”, Kurti declared.