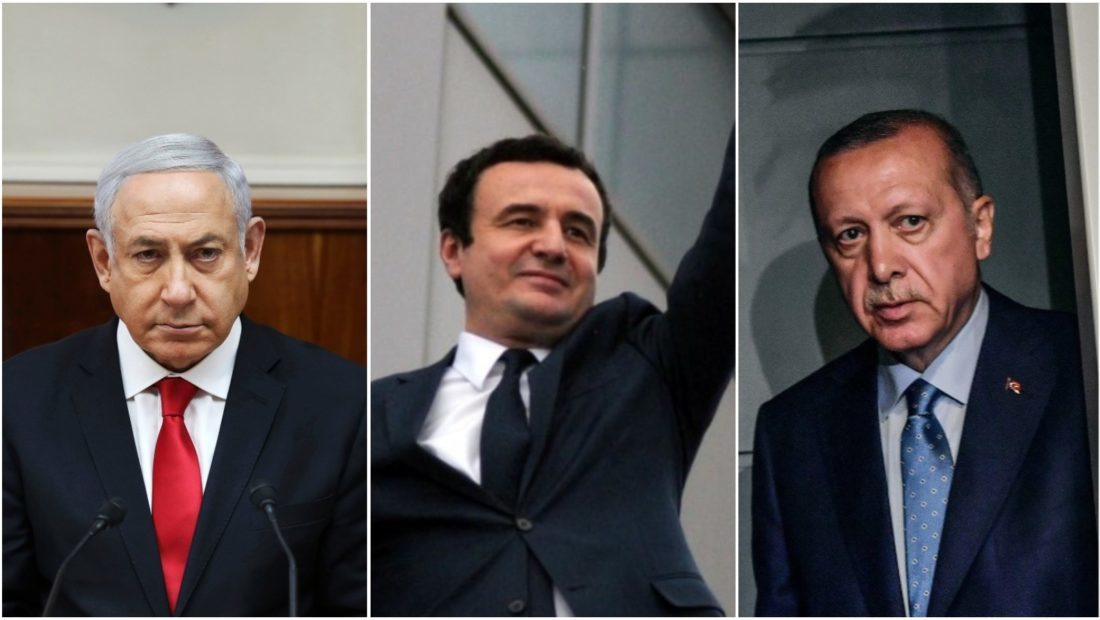 Kosovo sees itself put between Turkey and Israel, as it tries to keep good relations with both countries.

The leader of the Self-Determination Movement, Albin Kurti, returned the congratulation messages to both the Turkish President, Recep Tayyip Erdogan, and the Prime Minister of Israel, Benjamin Netanyahu.

In the letter sent to the President of Turkey, the Self-Determination Movement leader thanked Erdogan for his friendly role in such crucial times for Kosovo. “With the creation of our government, I aim to deepen our relations through sincere communication and cooperation”, Kurti writes.

He also wrote to Netanyahu that he will pay a visit to Israel, at a time convenient for both parties, and promises to address the issues of the Jewish community in Kosovo.