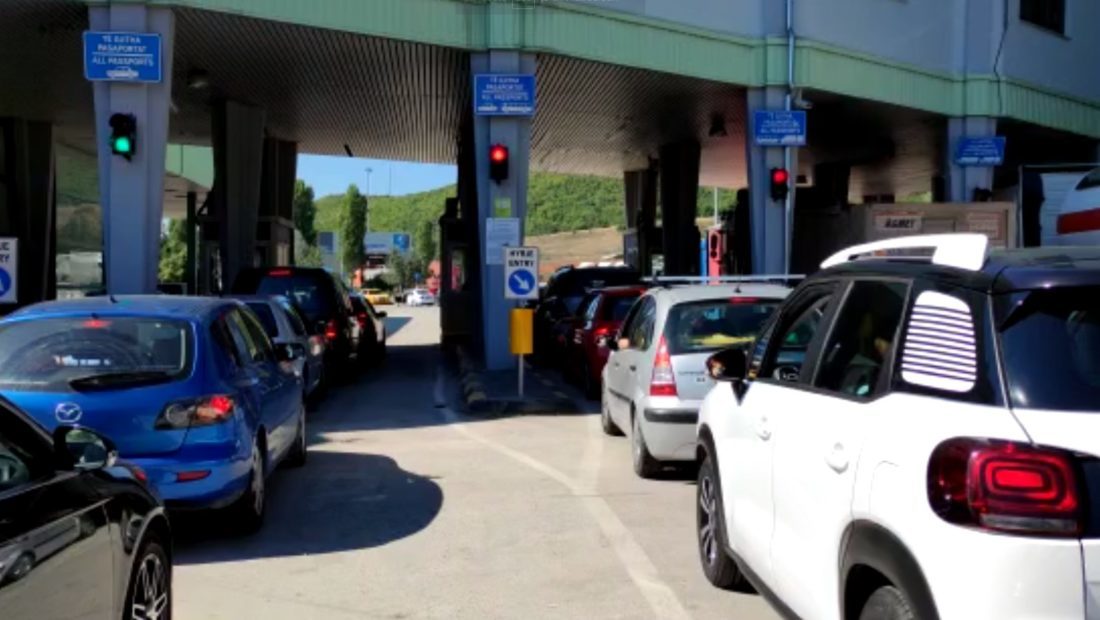 In the past 24 hours, more than 2800 Albanians and foreign citizens have crossed the Qafe Thana border checkpoint.

Official sources said there is a high number of citizens traveling through North Macedonia, which means that the neighboring country is being used as transit for the travel to Greece.

The outgoing traffic has increased in the past days due to the decision of the Greek authorities to reduce the number of people crossing the Kakavija border, in Albania’s most southern border with Greece.

The Albanian police has increased the number of checkpoints at the border with Macedonia, even during the weekend.