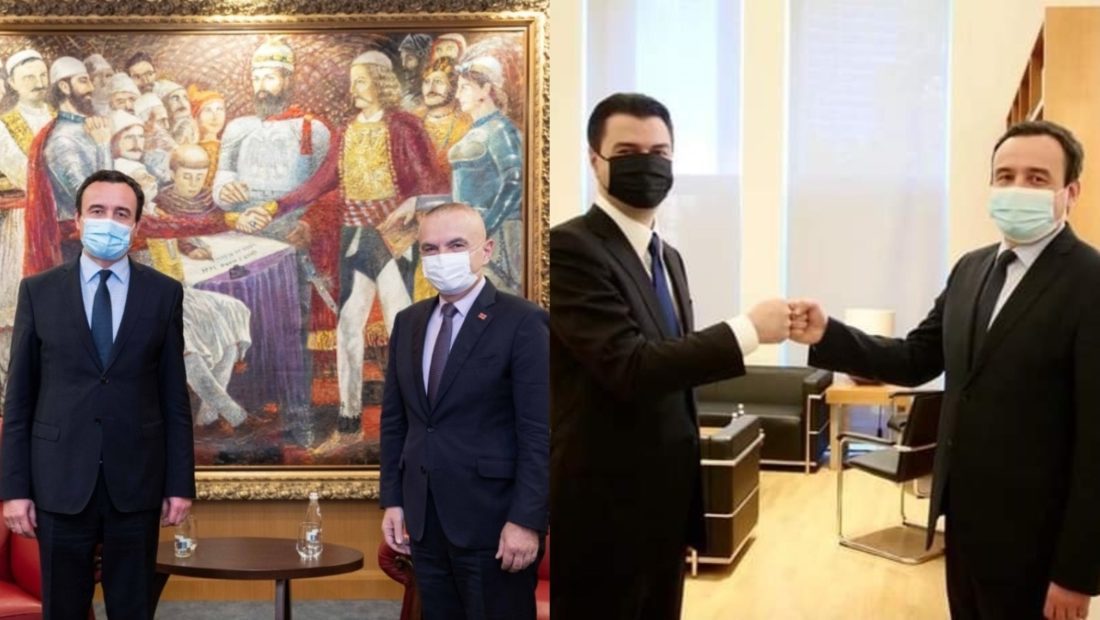 The leader of the Self-Determination Movement, the party that won the recent elections in Kosovo, visited Tirana and met with the Albanian President, Ilir Meta, and the opposition leader, Lulzim Basha.

Meta said on social media that this was a fraternal meeting with Kurti, and congratulated him for winning the recent elections in Kosovo and also for conducting an excellent electoral process.

Kurti, the future Prime Minister of Kosovo, met with the leader of the Democratic Party of Albania, Lulzim Basha.

In a press release from Tirana, Kurti declared that he excluded compromise with parties that have previously been part of the governments in Kosovo.

He said that besides the pre-electoral coalition with Vjosa Osmani, he will have another coalition with the Egyptian and Bosnian communities, to reach the 61 seats.

“We don’t need compromise with the older regime, because our people made it clear that they want change”, Kurti said.

Considering the Special Court in Hague as wrong and imposed from exterior influences, Kurti said that Kosovo needs normal courts to adjudicate the claims of every person. He also added that Kosovo will soon have a new justice system.

“The Special Court in Hague has been imposed from outside, it only focuses on the KLA fighters and was installed after the wrong voting of August 3rd, in the Parliament of Kosovo. We want normal courts, not special ones outside Kosovo. With a vetting process and new courts, including the Commercial Court, we will reduce the damage and improve Kosovo’s image. KLa has made a fair war and if there are future claims, they will be treated by the new justice system, which will adjudicate each case with maximal seriousness. We are by the side of the KLA fighters, who were part of the war and today many of them are part of the middle class, many remain poor”, Kurti declared.